We remain a city in shock and dismay.  For London, Ontario, to be centre of global attention for the purposeful killing of a Muslim family is the cause of anguish.  Prime Minister Justin Trudeau, mayor and former Conservative MP Ed Holder, and other dignitaries were here yesterday to share in a community vigil.  For a city with the largest Muslim population in the country, this is a seminal moment and a cause for deep reflection.

While the world has been preoccupied with a pandemic that seems to have affected everything, most have forgotten that the rise in hate crimes against Muslims has been on the upswing.  Around the world, Muslim populations are feeling under assault.

But with the events in London this week, it is time for our own country to consider the vulnerability of its populations. 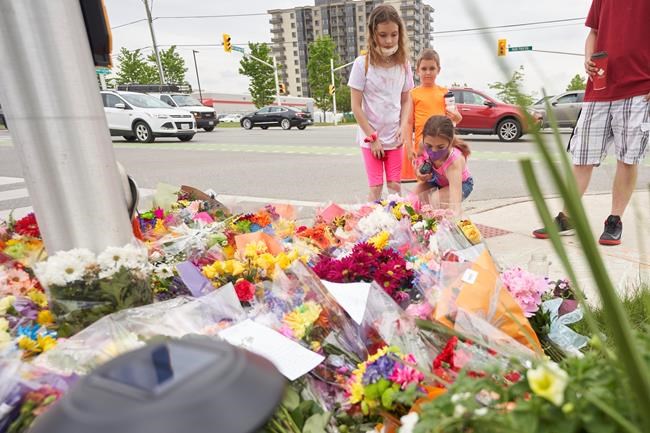 We recall the Quebec City mosque massacre in January 2017 and the national mourning that resulted.  Canadians frequently view tragedies like this, or the one in London, as occasional occurrences, but the reality is far different, as any Canadian Muslim population will tell us.

Statistics Canada had already warned us that hate crimes against Muslims in this country grew 253 percent between 2012 and 2015 – just in three years.  The number of hate crimes generally skyrocketed by 50 percent in 2017.  The prime targets have been Muslim, Jewish and black populations, and the increases have been mainly in Ontario and Quebec.

The country contains abiding racial problems, driven by purveyors of hate, yet it goes deeper in our communities. It has become a complex political problem that politicians have yet to solve.

What do we do with surveys like the 2017 Radio Canada poll that discovered that 74 percent of respondents called for a values test given to Muslim immigrants?  And what of the 23 percent who favoured a total ban on Muslim immigration?

As with America, there was a tendency to believe that nationalism would diminish following Donald Trump’s loss in the recent election.  That is turning out not to be the case.  Anti-Muslim or anti-immigrant hatred travels quickly across the Internet, finding ready support for calls to action.  This too is a political nightmare. Governments on both sides of the border have yet to effectively counter the social networks that refuse to take responsibility for their lack of monitoring or censure. Their defence of free speech is turning out to be a mandate for hate speech.

Across Europe, America, and Asia, hate crimes have been increasing, and remedial measures have mainly proved ineffective.  As Canadians, we watch the dramas unfold across the globe and occasionally comfort ourselves that our country is beyond the reach of such evils.  Then comes the Quebec City and London attacks, and we chalk them up as terrible but not everyday occurrences.  We read the inconvenient statistics and police reports, and we realize that Canada is heading in the wrong direction for all our peaceful assurances regarding hate crimes and bigotry.  Only then do we admit that we have a severe problem whose solution must transcend political bromides.

Hate crimes speak of a different level of humanity, which judges a person for who they are and not what they did.  They affirm that you have no place in this country and don’t belong because of your race, country of origin, faith, or skin colour.  Hate crimes like these are the very antithesis of what this country supposedly represents on the global stage.  As Bangamabiki Habyrimana put it:

“They hate you not because of what you have done but because of who you are; you are different from who they are, and you are occupying the ground they want for themselves.”

There is work to be done in this country, significant and essential work.  It must be done not just in our legislatures but in our neighbourhoods and institutions, in our homes and our heads.  London, Ontario, is in the process of reflecting on whether its citizens and their government are ready for such an immense responsibility.  Every community in this country must ready itself for similar exploits.  It is a social pandemic that will outlast Covid-19, and the fate and reputation of this country hang in the balance.