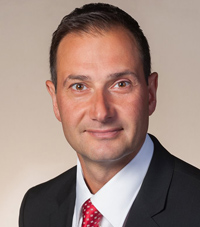 As Canada begins to emerge from the third, and hopefully last, wave of the COVID-19 pandemic, there are many lessons that have been learned over the past year and half. Among these lessons, the pandemic has fostered a greater appreciation for the fixed and wireless broadband networks that allowed Canadians to stay connected, conduct business, learn remotely, and receive critical services.

That our digital networks were able to support an incredible surge in data consumption and a massive shift to remote work and learning was no stroke of luck. It was a result of the CRTC and Canadian government’s long-standing recognition of the importance for sustainable competition amongst those companies willing to make the massive investments necessary to deploy, maintain and continually upgrade the physical networks that enable Canadians to connect to the internet. This is referred to as facilities-based competition.

This preference for facilities-based competition has served Canada well. Facilities-based service providers of all sizes have invested well-over $220 billion in building networks while competing for customers and trying to outperform one another by offering the highest speeds and most reliable connections. As a result, despite the immense challenges in building across Canada’s large territory and extreme climate, a vast majority of Canadians have access to digital networks that are consistently ranked amongst the best performing and farthest reaching in the world.

Facilities-based competition has also resulted in lower prices. While the cost of most other goods and services continues to rise, the three government agencies that track the cost to consumers for mobile wireless services have all observed a steady decline in prices. For example, the Statistics Canada Cellular Services Price index has fallen by almost 20% over the last year.

But there is more work to be done. The COVID-19 pandemic has underlined the imperative of continuing to invest in the expansion of network coverage to reach Canadians who are without access. Investment in 5G, the next generation of wireless technology, is also crucial to maintaining Canada’s competitiveness. If widely deployed across Canada, 5G will enable a wave of innovation, create an estimated 250,000 new jobs by 2026 and contribute an additional $40 billion in GDP over the same period. Achieving these 5G benefits will require an estimated investment of $26 billion by facilities-based service providers.

Despite the negative impact of COVID-19 on their businesses, Canada’s facilities-based service providers continue to make significant capital investments that will serve Canada well. This commitment to growing and enhancing Canada’s digital infrastructure is aided by two recent developments.

First, we are seeing unprecedented collaboration between governments and facilities-based service providers when it comes to investing in connectivity. By joining forces to connect communities that are hardest to serve, governments and the private sector can close the digital divide faster.

Second, the CRTC has issued two long-awaited decisions related to the mobile wireless and fixed broadband markets. While we do not agree with all aspects of these decisions, the fact that the decisions have been made removes some of the uncertainty that made the planning of long-term investments difficult. Canada is already seeing the benefit of this increased regulatory stability with some network operators announcing that they will accelerate their capital spending to advance fibre, wireless and rural network buildouts.

While critics have reacted to these decisions with a mix of exaggeration, hypocrisy and, regrettably, personal attacks on decision makers, their insistence that resellers should be given access to facilities-based service providers’ networks at rates that, in some cases, would be lower than the true cost of building and maintaining these networks, is entirely self-serving. Such a policy would also have devastating impacts for Canada.

For example, by the estimation of TD Securities, had the 2019 wholesale broadband access rates proposed by CRTC been upheld, the investment capacity of facilities-based service providers would be reduced by 22%, or over $1.68 billion, per year. Similarly, PwC estimated that had the CRTC granted broad-based wholesale access to wireless networks as part of its review of the wireless industry, 5G coverage in Canada by 2030 would be reduced from 95% to 75% of Canadians, and the Canadian economy would suffer a cumulative loss over this period of at least $57 billion in GDP. Importantly, this gap in investment would not be made up by resellers as their business model is based on arbitraging access rates while making minimal upfront capital investment.

Once you cut through the rhetoric and focus on the facts, it is clear that the only form of competition that can deliver the right balance of network quality and coverage as well as affordable prices is facilities-based competition. Those who discount this balanced approach and argue in favour of one-dimensional policy-making willingly ignore the impact it would have on Canadians’ access to the internet and their ability to participate in the digital world. They also ignore the lessons learned during the COVID-19 pandemic. Canada’s future depends on connectivity.

This item first appeared in the Hill Times.