Time to Turn Our Focus on the Indo-Pacific Region 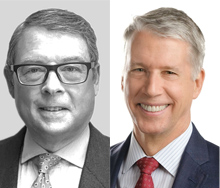 Last week, on the margins of the G7 Summit in the United Kingdom, Prime Minister Justin Trudeau met with the Prime Minister of Japan, Suga Yoshihide. They discussed their shared desire to promote greater peace and prosperity in the Indo-Pacific, the importance of maintaining growing trade access across the region, reinforcing respect for the rule of international law, and the impacts of climate change. Of note, they also talked about countering North Korea’s attempts to evade international sanctions, troublesome relations with China (including security challenges in both the South and East China Seas, as well as the Senkaku area, problematic revision to Coast Guard Law and challenge to rule-based international order), and the importance of promoting peace and security throughout the Indo-Pacific.  Based on recent statements from President Biden and senior members of his cabinet, the U.S. government agrees with these concerns.

The Indo-Pacific region has a host of complicated issues including increased population densities and a keen appetite for resources, vast and increasingly lucrative markets, climate change impacts, growing disputes with an increasingly assertive China, Russia’s negative influence, and the rise of populist leaders who respect strength and seek longevity above all else. The U.S. and their allies are going to need help with diplomacy, alliance development and representational military assets to help deter potential threats while patrolling the highly contested waters of the region – many of which include incredibly valuable lines of maritime supply and commerce.

As well, President Biden is facing frustration from both Democrats and Republicans who have grown increasingly disappointed about paying a vastly disproportionate share of the costs towards continental (NORAD), international (NATO and the UN) and important regional (Indo-Pacific) peace and stability. The constant refrain of U.S. officials towards many friends and allies, including Canada, is about increasing defence and security spending. Put bluntly, the expectation is that Canada should do more about defending our mutual national and international interests, and most recent U.S. Presidents have made a point of mentioning how the world needs more of Canada within NATO, the UN, and important regional missions. Canada will spend about $22 billion on defence in 2021, while the U.S. figure will be about $760 billion. As of late-2020, the U.S had about 185,000 military personnel deployed overseas, and this figure did not include military families or civilian contractors. We have about 1,500 military personnel deployed (of all categories) outside of Canada, of which a lonely 35 are engaged in UN operations. It may well be time for Canada to get more players on the ice.

So, how can Canada help? While Canada has shown intermittent expressions of interest or concern by irregular deployments of warships or patrol aircraft to the Indo-Pacific, persistence and consistency are essential to lasting impact.

Much like Canada has done in places like France, Germany, the Middle East, Latvia, Ukraine and elsewhere, Canada should negotiate and establish a suitably geographically concentrated Base in the Indo-Pacific region comprised of Canadian trade experts, enhanced diplomatic staff and, importantly, naval-centric military assets. For example, the continual presence of two or three Canadian warships (surface and/or submarine), a large supply ship, and a squadron of maritime patrol aircraft would certainly get the immediate attention of Canada’s friends, allies, key trading partners, and especially those who are trying to challenge the rule of international law.

Moreover, this would be a significant increase to Canada’s current international contributions to international peace and security, adding to both regional deterrence and reassuring our closest friends, allies, and largest trading partners that Canada is willing to contribute a more proportional share to mutual defence. The new U.S. President believes that the region of the world which poses the greatest foreign policy challenges and potential commercial rewards is the Indo-Pacific, and he has ordered a review of what can and should be done to better prepare for the future. Canada has an opportunity to make a difference, and we should not continue to rely on others to do the heavy lifting in matters that are vital to Canada and our continued prosperity.

V.Adm. (Ret’d) Mark Norman is a former Commander of the Royal Canadian Navy and Vice Chief of the Defence Staff and is now a senior defence strategist with Ottawa-based strategic consulting firm Samuel Associates.

L.Gen. (Ret’d) the Honourable Andrew Leslie is a former Commander of the Canadian Army and federal MP for Orleans and is currently a Senior Associate with Bluesky Strategy Group in Ottawa.