Today, I am honoured to present yet another friend of political history as a Guest Contributor for Art’s History. Maryscott Greenwood is an American specialist in Canada/U.S. relations and is CEO of the Canadian-American Business Council.  She writes today about President Obama’s address to Parliament in 2016.

The Message, the Messenger and the Moment

A single phrase lingered and resonated long after Barack Obama finished speaking in Canada’s House of Commons five years ago and returned to Washington.

“The world needs more Canada!” he proclaimed to delighted lawmakers and dignitaries.

Those words made it into news headlines about the speech, and into Canada’s popular culture afterward, on t-shirts and mugs and even a mini-billboard in downtown Ottawa.

But Obama wasn’t talking about Canada’s diversity or compassionate policies.

“As your ally and your friend, let me say that we’ll be more secure when every NATO member, including Canada, contributes its full share to our common security. (applause) Because the Canadian armed forces are really good — (applause) and if I can borrow a phrase, the world needs more Canada. NATO needs more Canada. (applause).”

Obama was saying Canada doesn’t pull its weight in NATO. It’s a common American complaint, expressed many times in the past, but never to a standing ovation, which the Commons gave Obama.

Part of that, of course, is that he’s Obama, a president who was more popular with Canadians than some of their own leaders.

Part of it was the way he delivered it. Donald Trump couched the same grievance in insults, calling NATO members freeloaders and airing personal attacks on their leaders.

And part was context. When Obama spoke, Canadian troops had only recently departed Afghanistan, having distinguished themselves for 13 years. NATO allies felt part of an alliance.

When Joe Biden attended the NATO summit earlier this month, he spent much of his time trying to reassure the member states Trump had mocked.

In any case, Obama’s speech was a moment (view it here).  I was there, listening from the Commons gallery. As a full-time practitioner of Canada-U.S. relations, I can tell you this: it was a masterclass on how we should speak to each other.

Maryscott (“Scotty”) Greenwood’s experience spans numerous roles, including corporate director, CEO, founder and diplomat. Ms. Greenwood is a partner with Crestview Strategy US and is the CEO of the Canadian American Business Council.   Greenwood serves on corporate and non-profit boards following her experience as a Presidential appointee in the Clinton Administration. 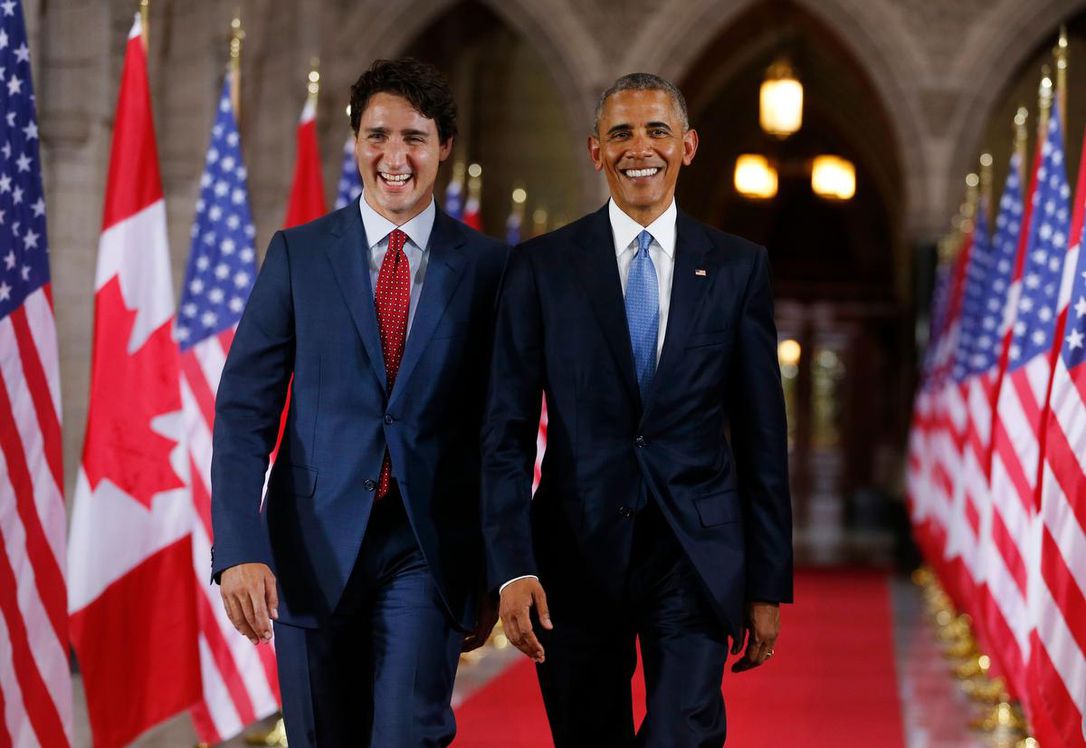