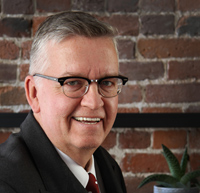 “With his extremely short-sighted decision today, Justice Steeves has sentenced Canadians like you and me to many more years of Medicare mediocrity. Surely, this will go down as one of the worst days in Canadian health care history, thanks in no small part to this most unfortunate misunderstanding of the realities our country’s health care system is facing. As a result of Justice Steeves’s decision, tens of thousands of Canadians will continue to suffer and die while waiting for care, dealing with not just disease and illness but with unsympathetic civil servants and lily-livered politicians who refuse to take responsibility for their actions. Not to mention the fact that Canada will undoubtedly end up with a U.S.-style, two-tier health care system by 2030, simply because those in power are unwilling to acknowledge just how truly broken and unsustainable our system of Medicare is. Don’t weep for Dr. Day and his fellow patient plaintiffs. Weep for all Canadians … we’re the big losers here!”

― Stephen Skyvington, commenting on the ruling handed down by Justice John Steeves on Sept. 10, 2020

Why are politicians so afraid of the truth? I ask the question not to be provocative ― although admittedly it is a provocative question, the political equivalent of poking a sleeping bear with a sharp stick ― but because I’m genuinely curious.

It’s not the scandal du jour I’m interested in exploring, though. Long after Justin Trudeau and his party have been relegated to the dust bin of history, we’ll still be talking about our country’s health care system. How it got to be the way it is. Why so many people were hell bent on maintaining the status quo, trying to convince their fellow Canadians that our unsustainable system is sustainable. And why our so-called leaders were so spineless when it came to doing something about a health care system that is neither healthy, caring, or, for that matter, much of a system.

Having spent the past few years researching the topic and then writing a book about it, I’ve come to the conclusion that the biggest threat to our health is … wait for it … politicians. Like a war correspondent recently returned from the jungles where the fighting is still going on ― or perhaps a canary in a coal mine, if you prefer ― I’ve come back to share with you the inconvenient truth I’ve discovered. Canada no longer has the best health care system in the world.

In my book, This May Hurt A Bit: Reinventing Canada’s Health Care System, in a section called The Big Fix, I offer up my prescription for how we might reinvent and ultimately fix Canada’s health care system. Among my suggestions: revise the Canada Health Act so that “quality” becomes the sixth principle; combine all of Canada’s provincial and territorial health ministries into one federal “super ministry” with one health minister; open the door to “medical tourism”; bring back co-payments and user fees and introduce tax-free medical savings accounts; and finally ― the big one ― allow Canadians to pay for the services we want by allowing a parallel private health care system to operate above board (the so-called hybrid solution).

People who’ve read the book, or who’ve at the very least perused The Big Fix section, will inevitably ask the following of me: “If you had to pick one, which of your ten solutions would you select as your number one priority?”

“That’s easy,” I tell them. “If I was forced to narrow it down to just one, it would be the first one: stop lying to us.”

For you see, if we’re ever going to have that “adult conversation” everyone keeps talking about, and figure out a way of fixing this mess we call Medicare, then those in charge ― elected officials and civil servants alike ― are going to have to stop all the spin, all the lies, all the half-truths and phony patriotism. Criticizing the Canada Health Act ―which is first and foremost a finance bill, one that has little to do with improving our health care system ― like I’ve done hardly makes you traitor, despite what those in favour of the status quo would have you believe.

Back to my original question. Why are politicians so afraid of the truth? In my experience ― and remember, I’ve been involved in politics at all levels since 1988 ― it comes down to one thing: fear. Politicians are afraid of making a mistake. They’re afraid of saying the wrong thing. They’re afraid of doing something that might cost them the next election. They’re especially afraid of embracing the hybrid solution and acknowledging that Canada is the only country in the world whose health care system doesn’t allow for choice.

In politics, it’s referred to as touching the “third rail.” If you admit publicly what so many elected officials have acknowledged privately to me, that we can’t go on like this without bankrupting the country, then you’re committing political suicide. In other words, participating in an honest debate, for elected officials, is a big no-no, because the truth is a harsh and cruel mistress.

I, however, have a different take on all this.

Just as a train that runs on electricity must touch the third rail in order to operate at peak efficiency, those with the power to do something about all this and make positive change need to embrace the hybrid solution before it’s too late. By most calculations, we’ll have run out of money to pay for anything but health care by 2030 or thereabouts. That’s less than ten years away. So, unless you’re good with turning every road into a toll road, turning every school into a private school, and having no way of financing important infrastructure projects and paying for other vital government services, then we’re going to have to stop pretending everything’s hunky dory when it comes to Canada’s health care system.

The irony, of course, is that our leaders are way behind the rest of us when it comes to bringing Medicare into the 21st Century. There are a number of polls ― both internal and external ― that show roughly seventy-five percent of Canadians are onboard with our government allowing a parallel private system to operate right alongside our public one. Instead of committing political suicide, the party with the courage to touch that third rail would in all likelihood win a landslide when Canadians next go to the polls.

As Franklin Delano Roosevelt said many years ago, “The only thing we have to fear is fear itself.” Hopefully our leaders will find the courage to do the right thing and lead us in an open and honest debate about the future of health care in Canada.

Surely, that’s not too much to ask.