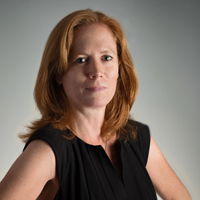 It is easy to understand why we may take our country’s food security and position as a leader in agricultural exports for granted. Through decades of urbanization, Canadians have become removed from the people who grow and help put food on our tables. Many are unaware of the impact Canadian farmers have on where our food comes from and even fewer are familiar with the innovation taking place on Canadian farms to increase yields, improve our food security, and to help Canada feed the world.

What’s also lost is an understanding that Canada is not only a leading global food producer, but that our farmers are also global leaders in sustainability. By necessity, Canadian farmers have always been ahead of the government on environmental issues. As stewards of the land, their livelihoods are directly linked to the conservation and preservation of the natural environment. This environmental foresight extends to the fight against climate change.

4R Nutrient Stewardship has allowed our farmers to both become global leaders in food production and environmental sustainability.

4R Nutrient Stewardship is formally recognized by the provinces of Saskatchewan, Manitoba, Ontario, and Prince Edward Island, and by national farm groups such as the Canola Council of Canada, the Canadian Federation of Agriculture and Grain Growers of Canada. There are already 4 million acres in Canada certified under a 4R designation program with millions of more acres that are following the 4R framework. These proactive efforts have made Canadian farmers among the most efficient users of fertilizer in the world.

The majority of Canada’s agriculture community agrees that 4R Nutrient Stewardship should be the primary method of reducing Canada’s fertilizer emissions. However, there are barriers to adoption that need to be addressed. The federal government, unlike major crop producing provinces, has not formally recognized 4R Nutrient Stewardship. Doing so would allow Canada to build on a proven approach to lowering agricultural emissions that is already being used by Canadian farmers. On top of recognition there is an opportunity for the government to significantly accelerate the use of 4R Nutrient Stewardship on Canadian farms by using the $200 million allocated in Budget 2021 for on-farm climate action to invest in 4R training, measurement, and farmer adoption.

Long before the federal government got serious about tackling climate change, Canadian farmers and the fertilizer industry started developing the knowledge and tools needed to reduce fertilizer emissions while maintaining profitability. Those efforts have made our farmers world leaders in sustainability and charted a course for Canada to do more in the years ahead. By choosing 4R Nutrient Stewardship, Canada can continue to grow more food, increase exports, raise farm incomes, and improve food security at home and abroad.

Karen Proud is the President and CEO of Fertilizer Canada