On This Day in Canada’s Political History: First-ever French-Language Leaders Debate in a National Campaign

Canadian federal politics became much more inclusive on this date in 1984. For the first time during a general election campaign, party leaders participated in a full French-language nationally-televised debate. It featured then Prime Minister John Turner for the Liberal Party, Ed Broadbent of the NDP, and Brian Mulroney of the Progressive Conservatives. Two days later, on July 26, 1984 the leaders also debated in English, and later in the same campaign history was again made when the party leaders engaged in a third debate, this time on women’s issues.

Televised debates are now standard in elections and often feature questions sent in by Canadian voters. Personally, I prefer the debates as they took place with Turner, Broadbent and Mulroney almost 40 years-ago.  Back then, skilled journalists asked the questions and respected moderators such as our future Governor General, David Johnston, were in place.  This ensured improved flow and interplay among the debaters and made for a better evening for political junkies.

In 2019 for example, the English debate featured questions submitted by voters, five moderators and there were six leaders on the stage participating. (I turned it off after 40 minutes.)

Here’s a link to the English debate that was watched by millions of Canadians during the summer campaign of 1984. Those were the days … 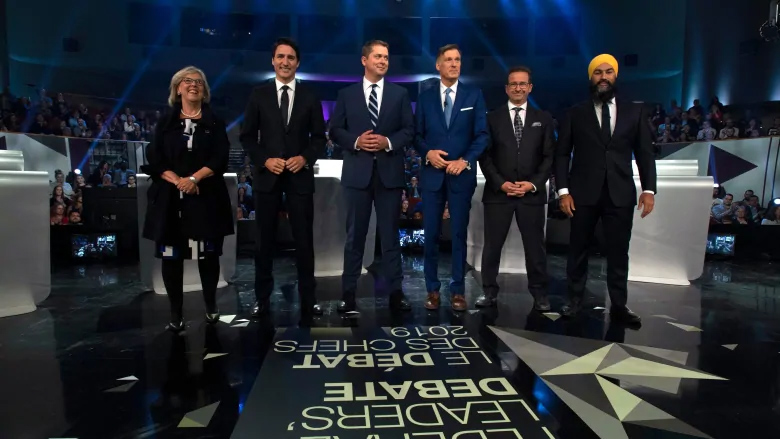 Leaders debates such as this one in 2019 are now a regular feature of federal election campaigns but 1984 marked the first time that there was a nationally-televised French-language debate.