The debate on taxing the rich is here to stay. 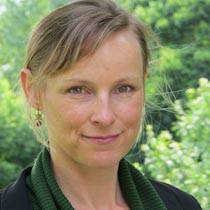 As the smoke clears from election day and reveals a Parliament very similar to the last one, it’s easy to think that not much has changed. In many ways this is true, but when it comes to taxes nothing could be further from it. After decades of having the debate about the government’s largest revenue stream ruled by an anti-tax agenda, Canadian voters have changed the channel, demanding fair taxation instead.

Each party platform reflected this change to a greater or lesser extent. The NDP expanded their proposals to implement a wealth tax and close loopholes, and added an increase to both corporate and top earner income tax rates. The Liberals reiterated past commitments to a luxury goods sales tax and threw in a minimum tax rate for the top income bracket and a temporary tax increase for banks and insurance companies. The Conservatives said they will make sure the cost of recovery “does not fall upon those who have been hurt the most”, promising to go after rich tax cheats. Even the BQ jumped into the game claiming to support a wealth tax.

Taxing the rich is a mantra that is likely to stay around for a while, and here’s why. Canadians looking down the post-pandemic road still see a lot of uncertainty and are depending on their governments to step in as challenges arise. For the most part that means spending more on income supports, education, healthcare, and economic recovery at least in the short-term. In the long-term, Canadians want significant public investments that tackle inequality and climate change.  Just look at the support for universal pharmacare, a national childcare plan, and aggressive emissions reductions, initiatives that add tens of billions to the budget.

Here’s the crux of it. While the majority of Canadians want these improvements, they don’t want to be left footing the bill alone, especially when the cost of living is a concern for so many. Pair that with the country’s growing wealth gap and constant stories of rich individuals and corporations improving profit margins while paying shamefully low taxes and it’s no wonder the public sentiment is to tax the rich. For Canadians, fairness is a core value. They don’t hate the rich; they simply want them to contribute a fair share of their wealth to making life decent for everyone.

Voters in other countries are also tying taxing the rich to robust recovery demands and politicians, by a simple political calculation, are following suit. Take the example of the US, where President Biden’s $3.5 trillion dollar recovery planexplicitly relies on a suite of tax increases on the wealthy.  Right across Europe in fact, proposals to tax the rich are risingdue to governments staring down the barrel of unprecedented debt with a keen awareness that there is no public appetite for austerity.

For the anti-tax lobby the ideological ground is slipping away, fueled by a growing consensus among economists and policy experts that the low-tax policies of the last forty years haven’t leveraged economic benefit, they have amplified economic inequality instead. So said a recent London School of Economics  study that looked at fifty years of tax policy across eighteen OECD countries. Even the International Monetary Fund is suggesting taxes on the wealthy to pay for Covid-related costs.

Of course the die is not completely cast as to how fast and far we travel down the tax the rich road. Biden is facing pushback on his recovery package from some right of center democrats.  Similar political tugs of war are happening around the world.

Here in Canada the appetite for tax fairness is high and opposition is low, comparatively speaking. Our newly elected minority government has an opportunity to undo 40 years of bad tax policy starting with a wealth tax. While Trudeau entered the election opposing a wealth tax he would do well to reconsider. Both parties that hold the balance of power between the reigning Liberals and official opposition support wealth taxes. A wealth tax like that put forward by the NDP would raise $60 billion in five years, more than twice as much as would be brought in by the Liberal’s proposed packageof minor tax adjustments. Such a revenue source would allow the Liberals to put a promise like universal pharmacare back on the table with a quick and concrete implementation plan.

One thing is for sure, the Tax the Rich debate is here to stay and our ability to invest in our future depends on its outcome.

Katrina Miller is Program Director at the Broadbent Institute