It was on this date in 1882 that a young man from Prince Edward Island would begin his journey through history with Canada’s first Prime Minister, Sir John A. Macdonald.

Joseph Pope, who was destined to become one of the greatest Prime Ministerial assistants in our history, started his work as the Father of Confederation’s private secretary. The pair formed an extremely close relationship over the next nine years and Pope became a key player to Sir John A.’s final terms as Prime Minister.

After Macdonald’s death in 1891, Pope continued his service to his fallen boss, penning The Memoirs of Sir John A. Macdonald, still an important source book for anyone studying the early years of Confederation.

Later, Sir Wilfrid Laurier also turned to Pope and the latter served the Laurier and later Borden and Meighen administrations with the same professionalism, loyalty and skill he had first demonstrated while in Sir John A.’s service.

You read more about this remarkable Canadian’s life and career at his Dictionary of Canadian Biography entry. 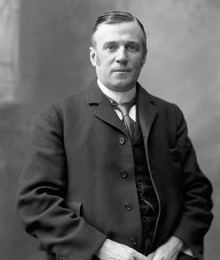