The West Must Act to Stop Iran’s Nuclear Program 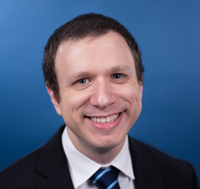 So declared U.S. Secretary of State Antony Blinken earlier this month, and so it is. Since June, the Islamic Republic of Iran has refused to return to the bargaining table for negotiations on the revival of the 2015 nuclear deal, formally known as the Joint Comprehensive Plan of Action (JCPOA). Instead, Tehran has steadily advanced its nuclear activities, deliberately stalling talks in order to accumulate leverage for the extraction of further concessions from Washington. If Iran fails to act soon, Blinken warned, it would lose the opportunity to rejoin the agreement, thereby denying the country billions of dollars in sanctions relief.

Then again, Blinken’s statement hardly constitutes the Biden administration’s first admonition of Iran’s delaying tactics. “We are committed to diplomacy, but this process cannot go on indefinitely,” Blinken said on July 29. U.S. Special Representative for Iran Robert Malley commented on September 3 that America “can’t wait forever” but is “prepared to be patient.” On September 8, Blinken asserted that Washington’s ability to rejoin the JCPOA “is not indefinite.”

More than six weeks later, U.S. officials, along with most of the international community, apparently remain willing to wait. And wait.

To be sure, the Biden administration seems to grasp that Tehran is deliberately exploiting Washington’s patience for its own malign ends. However, America has failed to draw the proper conclusion: Ultimately, Iran has no intention of reaching a deal consistent with Western interests, including Canada’s. Rather, the clerical regime seeks to recover billions of dollars in lost assets while simultaneously preserving as much of its nuclear project as it can.

To achieve this goal, Tehran may seek to negotiate a “less for less” agreement, whereby Washington supplies “partial” sanctions relief in exchange for “partial” nuclear concessions. As Jacob Nagel and Richard Goldberg, my colleagues at the Foundation for Defense of Democracies, explained in a recent essay, this approach would essentially enable Iran to pocket America’s “partial” nuclear concessions, thereby establishing a new baseline for future nuclear talks. Concurrently, Tehran would use its fresh infusion of cash to continue financing its regional aggression and domestic repression.

Thus, even if the regime fails to receive everything it wants in prospective negotiations, Iran only benefits from this strategy, allowing the mullahs to move the nuclear and economic dials in their favor while effectively leaving the United States in the position of supplicant.

The Biden administration, for its part, would likely accept a “less for less” agreement as an intermediate win for its diplomacy, treating any Iranian concession, no matter how modest, as a constructive development worthy of U.S. sanctions relief. The Biden team would hope that it could build upon this putative progress in later rounds of negotiations, with the eventual goal of resuscitating the JCPOA in full.

Still, Washington has begun to prepare for the possibility that negotiations with Iran will fail. Tehran may change its mind and abscond with the “less for less” strategy, adopting a maximalist position that seeks to elicit even more U.S. concessions. Alternatively, the regime may opt to abandon talks permanently, confident that it can withstand any retaliatory U.S. pressure.

Consequently, in conjunction with Israeli leaders, the Biden administration has begun to prepare a “Plan B.” However, the elements of this alternative remain unclear.

On the one hand, the plan could include crippling sanctions against Iran resembling the Trump administration’s maximum pressure campaign, which denied Tehran billions of dollars it could use for terrorism — but Biden has long rejected his predecessor’s strategy as ineffective and dangerous. On the other hand, as Israeli Foreign Minister Yair Lapid suggested during a recent meeting with Blinken, Iran’s nuclear escalations may require military action — but it strains credulity to believe that Biden, who campaigned on a policy of de-escalation with Iran, would support a politically dubious strike against Iran’s nuclear facilities. That task would fall to Israel, and to Israel alone.

Where does that leave the United States? Ultimately, for lack of better nonmilitary options, Biden may have no choice but to embrace the maximum pressure strategy he once renounced — the only peaceful avenue to compel a change in Iran’s malign behavior. And if Israel attacks the Islamic Republic, Washington would probably denounce the Jewish state in public — but would quickly find itself in Israel’s corner as Tehran falsely blames Washington for the assault and retaliates by attacking Israel and U.S. assets in the Middle East.

But the United States must act quickly. Iran’s nuclear advances continue in earnest, with a current breakout time — that is, the amount of time needed to produce enough weapon-grade fissile material for one nuclear weapon — of merely weeks. While Tehran may then need a year or more to weaponize the material, the regime’s progress means that any future negotiations will take place under the shadow of an imminent Iranian bomb.

The West must stop waiting. Time is running short.

Tzvi Kahn is a research fellow at the Foundation for Defense of Democracies, a Washington, DC-based, nonpartisan research institute focusing on national security and foreign policy. Follow him on Twitter @TzviKahn.