BC dairy farm makes the news for scenes of animal abuse 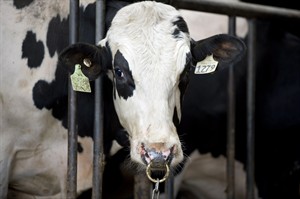 Ottawa—A BC dairy farm has made the national CTV news for scenes of animal abuse that now are under separate investigations by the provincial SPCA and BC Milk Marketing Board to gather all the facts. The video of the farm was provided by Animal Justice.

The Marketing Board also immediately suspended the farm’s milk production license, a move the BC Dairy Association supports, says its Chair Holger Schwichtenberg.

“The treatment of animals shown in the video is abuse,” he said. “It is extremely upsetting to watch. I’m a dairy farmer myself and I don’t know any dairy farmer who would accept this behaviour from anyone on their farm. We have a strong set of regulations for the care of animals on dairy farms, and this falls well outside our expectations.”

The treatment of dairy cows shown in the video clearly violates the National Code of Practice for the Care and Handling of Dairy Cattle, which is mandatory for all dairy farms in BC, he said. “Dairy farmers take this very seriously.”

The Code was developed jointly by industry, the federal government, veterinarians, and animal welfare researchers, and covers all aspects of feeding, handling and housing of dairy cattle in detail. Anyone who witnesses abuse of an animal should immediately report it to authorities.

It is the responsibility of every dairy farm business in the province to ensure national standards for animal care are followed, and to ensure the training and performance of their employees, he said. “All dairy farmers in BC know this, there are no excuses. The farm must be held accountable.”

In addition, working with the province the BC Milk Marketing Board has ensured the cows are being properly cared for under the supervision of a qualified, independent professional.

Dairy Farmers of Canada said, “Undoubtedly, the anti-dairy lobby will seize this exceptional case of animal cruelty and want to paint all farmers with the same brush. Anyone who knows dairy farmers, knows that no dairy farmer would willingly tolerate this from their employees. This is why the industry took swift action.”

Barbara Cartwright, CEO of Humane Canada, said the situation at the Cedar Valley Farm is “next in a long line of evidence that farmed animals are suffering. The industry and government refuse to act and Humane Canada condemns their lack of action to protect animals on commercial farms.”

The video showed cows being violently beaten, dragged and kicked. Since 2012, there have been nearly 20 reports of suspected animal abuse from farms across the country, she said. The latest is “in a long line of evidence that farmed animals are suffering while industry and government refuse to act.”

“For years Humane Societies and SPCAs have called for third party auditing systems and adequate oversight to better protect farmed animals from abuse. Instead, governments and industry are moving toward anti-whistleblower legislation (also known as ag-gag) in order to prevent footage being released – effectively stopping the public from seeing what is happening behind farm doors.”

In the previous Parliament, Conservative MP John Barlow introduced a bill to toughen penalties for people who trespass on farms because of the threat they pose to the health of animals. It would likely have become law if the Sept. 21 election had not been called. Several provinces have also implemented greater protection for farms.