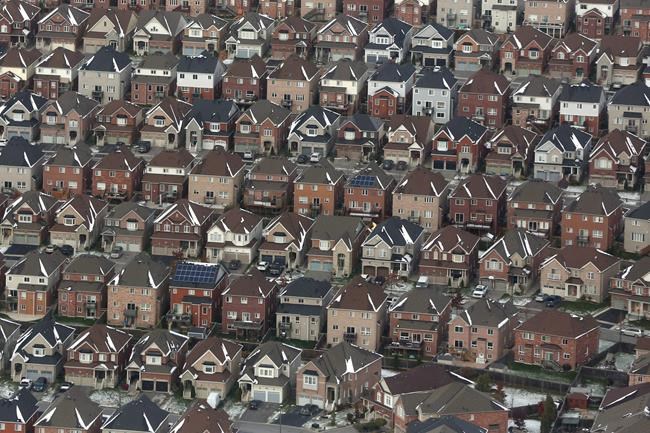 Each year, National Housing Day is held on November 22. It commemorates the day in 1998 when then-mayor of Toronto, along with mayors of Canada’s other large cities, declared homelessness a disaster. Since that time, it’s been a day of action when advocates and everyday Canadians alike remind decision-makers of the urgency and scale of housing need in this country. It is also a moment to take stock of the opportunity – of the security, dignity and hopefulness that is possible for the 1 in 10 households who are, today, without an affordable, safe home, if we decide to invest in them.

But this year, National Housing Day has particular significance. After a hard-fought federal election where housing emerged as a top concern for voters, new and returning MPs alike will soon descend on Ottawa, as this new Parliament sits for the first time on National Housing Day.

Coincidence?  Perhaps. But there is much that suggests otherwise. Even though we know the individual housing concerns of many Canadians are focused on whether they will be able to afford to buy a home of their own, we also know most Canadians see the bigger housing picture. They are the nearly 8 in 10 Canadians who say they would be more supportive or somewhat more supportive of a political party proposing action to end homelessness and build affordable housing.

These Canadians, regardless of their own housing aspirations, are helping to ensure the housing discourse in this country is not reduced to who can get into ownership housing.

Why? Because they are outraged when they see their fellow citizens sleeping in tents or on park benches, and know it doesn’t have to be this way. As their co-worker is renovicted or their cousin remains in a bad relationship because they can’t afford rent on their own, they innately understand that we need more rental housing that isn’t subject to market forces, like co-ops. When they contemplate what reconciliation with Indigenous peoples looks like, it’s clear to them that safe, affordable and culturally appropriate housing must be a starting point. The words ‘housing is a human right’ isn’t just a slogan.

And so for these–most–Canadians, when Ahmed Hussen was named Minister responsible for Housing and Diversity and Inclusion on October 26, there was reason to be hopeful.

For one, it has been more than 15 years since Canada had a Minister with the word ‘housing’ in their title. Ministerial responsibility for housing has generally been linked to the expansive social development file, with poverty reduction and childcare among just a few that Minister Hussen had earlier been responsible for, along with housing.  But those important issues now have a standalone Minister, freeing up Minister Hussen to dedicate his energy to housing.

Second, that housing is explicitly linked to inclusion and diversity in Minister Hussen’s portfolio is both reflective of who the housing crisis is hurting the most and a promising signal of how this federal government may target its housing investments.

What’s needed is meaningful investment and policy measures that seek to end homelessness and housing need, especially through a significant scale-up of the kind of housing supply that is missing in action relative to demand. We need the next generation of supportive housing and non-market housing, like co-ops and non-profits. This should include a distinct housing strategy developed by and for Indigenous people.

These investments and measures will help foster inclusion for many marginalized populations, especially BIPOC households.  It is difficult, if not impossible, to be included in any part of society or the economy when you are the one of 15 Indigenous people in urban centres who will experience homelessness in Canada (compared with one in 128 for the general population). Or if you are a person living with a disability, because you are 60% more likely than someone without a disability to be unable to find housing that is affordable and safe. Similarly, if you are a newcomer trying to build a new life, it will be extremely difficult if you are the one of four recently-arrived immigrant households who cannot access housing that is affordable, safe and not overcrowded, compared with 13% of Canadian households overall.

While there are many parts of the housing system that need attention and care, starting from a lens of inclusion and diversity is the right approach. Seeing MPs return to Ottawa on the one day of the year we reflect on how we can end homelessness and housing need is an encouraging start.