On World Cancer Day, Patients Call on Canada’s Premiers to Fight the Echo Pandemic of Cancer 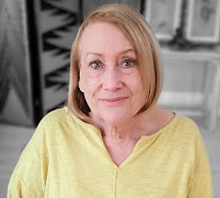 Canada’s Premiers are convening today, February 4, on World Cancer Day.  That’s a coincidence, but it’s an important one that they must recognize. On behalf of cancer patients with whom my organization and many others have worked across Canada for decades, we trust that the agenda includes the impact of the COVID-19 pandemic on other diseases.

We strongly support Premiers’ efforts to motivate the federal government to increase the Canada Health Transfer to the provinces and territories, which have been woefully inadequate for many years. Starting in 2017, the annual increase in transfer payments was dropped from six per cent to a minimum of three per cent, linked to growth in the gross domestic product, where it remains today.

The push/pull between the federal government and provinces/territories around healthcare dollars is nothing new. Premiers were raising the red flag that health transfer payments are unrealistically declining long before the financial burden of the pandemic and were not keeping up with increasing demands on the healthcare system arising from health needs, including an aging population, increasing incidence of cancers and profound mental health gaps.

Even before the pandemic, alarm bells were sounding.  In 2015, the Canadian Cancer Society projected that the average annual number of cancer cases in 2028-32 will be 79 per cent higher than in 2003-07.  Additionally, Canadian mortality rates are worse than the OECD and global averages for many common cancers.

The pandemic has exacerbated cancer problems. While before the pandemic it was estimated that more than 225,000 Canadians would be diagnosed with cancer in 2020, in that year cancer diagnoses fell by approximately 40 per cent as they were unable or afraid to access care.  More than half of patients (54%) had cancer appointments cancelled, postponed, or rescheduled.

In 2021, about 84,600 Canadians died of cancer.  The pandemic has created such backlogs that people who could have been diagnosed early are not; people who could have been treated are waiting too long, facing diminishing chances of survival.  While we continue to come to grips with the impact of the pandemic on our healthcare systems, cancer has already become what is called an “echo pandemic.”

We recognize how challenging management of the COVID-19 pandemic has been and continues to be for governments and commend actions taken, including measures by some provincial governments to provide resources to clear the backlog in cancer care and recent initiatives to make headway serving the aging Canadian population.

With the population 65 years of age or older expected to reach 23 per cent by 2030, Canada is becoming a super-ageing nation, with many facing cancer.  The time to invest is now.

Changes are needed to avoid total deterioration of our overwhelmed healthcare systems.  On this World Cancer Day, we can ill afford not to act.

Louise Binder is a lawyer and health advocate involved in the development of health policy and treatment access issues from a patient perspective for more than 25 years.  She is currently a health policy consultant for the Save Your Skin Foundation. with the Save Your Skin Foundation.  She co-founded the Canadian Treatment Action Council (CTAC) in 1996, which successfully ensured access to treatments and quality care for people living with HIV by working with the federal and provincial governments and other relevant stakeholders to enhance drug review and approval systems, pricing policies and access to liver transplants for this community.  She has been recognized for her work, receiving an Honorary Doctorate of Laws from her alma mater, Queen’s Law School; the Order of Ontario from the Province of Ontario; and two Queen Elizabeth II medals.