The Emergencies Act is no War Measures Act 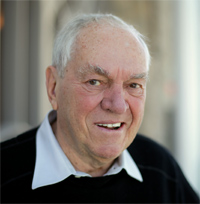 Back in 1970, I was still a new Member of Parliament for Oshawa–Whitby and one of the great debates of my time in the House of Commons was over the invocation of the War Measures Act. Subsequently, I spent time as Leader working to amend the War Measures Act so, in the future, Canadians’ civil liberties would be protected. I worked for the creation of the Emergencies Act, just as earlier I had worked to help create possibly the best Charter of Rights and Freedoms in the world.

What we’ve seen the last few weeks in Ottawa and across Canada has been shocking. And we are here today because of a failure of leadership. The people of Ottawa were abandoned while governments argued over jurisdiction. They were abandoned because governments did not take the threat of this convoy seriously. And they were abandoned by the police. The attempt to terrorize, intimidate and even overthrow our democracy should have been stopped by the end of the first week of the occupation.

It should never have come to this.

Compared to the War Measures Act, the Emergencies Act has reduced powers, added significant Parliamentary review, and was created in part to support and uphold the Charter.

And this is one of the key reasons that the Emergencies Act is different: The Charter of Rights and Freedoms is not suspended. There is parliamentary oversight. And the Act would expire in its application after thirty days.

From the beginning of this crisis, we’ve heard of the importance of following the money. With the use of the Act, the federal government is able to do just that. The powers in the Emergencies Act give authorities the means needed to stop any flow of funds that could have made the situation much worse. Such action has already taken place.

Now, it is clear:  the use of the Emergencies Act doesn’t alone fix the situation we are in.

Long after the last truck leaves Ottawa, or leaves cities across our country, anger will still remain. As a country, we need to address the issues that have created an environment for that anger to grow.

Many Canadians have paid the price of this pandemic and the important job ahead of us is to address the inequality laid bare in the last two years.

Let us be clear: the main story of this pandemic is not one of division – it is one of solidarity. The vast majority of Canadians have gotten vaccinated, have followed public health advice to keep their families and their neighbours safe.

However, the truck convoy did reveal that many Canadians have felt left out. They have felt abandoned.

As we come out of this pandemic, we need to build on our solidarity to fix the gaps in our country that continue to grow.

We need to enforce our health care system so Canadians can count on it when they need it.

We need to address working conditions so workers can trust they’ll be able to keep their families fed.

We need to attack the rising cost of living to help make people’s lives more affordable.

And we need to make the ultra-rich – those who have made billions off this pandemic – pay their fair share to invest in the rest of us.

This is a critical moment in our history.

Canadians – and politicians – have a decision to make.

We need to decide how we move forward together to build a better Canada: one that is more just and more hopeful for all of us.

Ed Broadbent is the Chair Emeritus of the Broadbent Institute. He was a Member of Parliament when the War Measures Act was debated in 1970 and was the Leader of the NDP when the Emergencies Act was created.