Big Tech is hurting small business, but the government can help 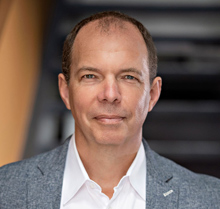 Earlier this month a key House of Commons committee reviewing Rogers Communications’ proposed $26 billion takeover of Shaw Communications tabled a report recommending the federal government reject the merger. The cross-partisan committee also recommended that, if the merger were to proceed, Rogers should be forced to divest Shaw’s wireless carrier, Freedom Mobile.

In February the government announced plans to review Canada’s Competition Act, amidst growing calls for competition law reform globally. The challenge for policymakers will be to create the conditions for success in the digital economy, which is increasingly dominated by Big Tech.

Internet users in 2008 could scarcely imagine the world they’d inherit. Apple’s App Store has given a single company unprecedented power over what software one billion iPhone users can download. And Facebook has ballooned to 2.9 billion users and lost the trust of the public, lawmakers and advertisers.

In 2022, my organization, CIRA, manages over 3.2 million .CA domains, many of which are registered with startups, small businesses and other entrepreneurs across Canada. In its 35-year history, the .CA domain has helped countless businesses establish their online presence, long before the likes of Facebook, Google and Amazon came to dominate how we interact online.

While .CA and the world wide web remains an open, alternative to the Big Tech platforms, even the most sophisticated companies are forced to rely on the likes of Apple, Facebook and Google for distribution, marketing, and communication with customers.

And, unfortunately, these companies have become well known for harmful practices that violate the openness of the internet as a level playing field for online commerce.

For example, in Canada, there is a digital ad duopoly, with Google and Facebook taking four-fifths of all online advertising revenue. The companies have used their dominance to increase prices and take billions of dollars out of the pockets of small businesses hoping to reach new customers. While other governments are looking for ways to challenge this duopoly, Canada’s own Competition Bureau has begun investigating Google’s advertising business.

Another practice is “self-preferencing,” where companies who are both retailers and host third-party sellers give preferential treatment to their own private label products by, for example, ranking them higher in search results than those offered by competitors. Small businesses who use, say, Amazon’s market place, find themselves instantly at a disadvantage—a practice that Canada’s competition watchdog also began investigating in 2020.

Similarly, developers and startups are concerned about the dominance of Apple’s App Store. Canadian companies who want access to iPhone or iPad users are forced to use Apple’s proprietary payment system, allowing Apple to take cuts of up to 30 per cent, which drives up costs for consumers. Both the European Commission and UK competition watchdog, amongst others, have investigated whether Apple’s App Store payment policies harm competition.

Some will look at the current state of online competition and say we just need to deal with the bad apples. They’ll argue that our laws serve Canadians, and that, if anything, tinkering at the margins is all that’s needed.

But the drive towards monopoly lives deep in the DNA of Silicon Valley and tech hubs across the globe. Nobody embodies this ethos better than Peter Thiel—a mentor for Meta’s Mark Zuckerberg and, until recently, one of the company’s longest-serving board members—who famously said “competition is for losers.”

In Thiel’s view, capitalism is about the consolidation of capital, not competition. Far from a fringe view, his belief that “monopoly is the condition of every successful business” seems to have gone mainstream in the internet economy. As it stands today, many critics argue that Canada’s Competition Act enables this anti-competitive behaviour through the prioritization of efficiency over other economic values.

The good news is that Thiel and Silicon Valley’s ideas are facing new challengers. A global antitrust movement is brewing, while, here at home, a review of the Competition Act will give policy makers a look at the issues plaguing Canada’s small business community online. The government should take a close look at how these and other anti-competitive practices affect startups and the innovation economy.

Until they do, foreign-owned Big Tech platforms will continue to use their dominance to advance their own interests at the cost of small businesses and Canadian innovation. Small businesses are the backbone of the economy—a reformed Competition Act can give them the conditions for success in the digital age.

Byron Holland is president and CEO of CIRA, the Canadian Internet Registration Authority, which manages the .CA domain on behalf of Canadians.