Who can Minister Murray trust? 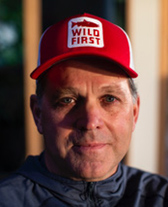 Canada is generally blessed with an able and honest civil service.

One disquieting exception is the Aquaculture Management Directorate of Fisheries and Oceans Canada (DFO) which for decades has culpably mismanaged science to engineer policy outcomes to favour the industry it is supposed to regulate, rather than to discharge its mandate to protect and conserve wild fish on behalf of all Canadians.

DFO’s unlawful failure to regulate the Piscine orthoreovirus (PRV) and its suppression of evidence that PRV from open net-pen feedlots of Atlantic salmon kills Chinook salmon.

In 2011, a DFO scientist, Dr. Kristi Miller-Saunders, identified PRV in British Columbia (BC) and discovered that it was likely causing a fatal disease in endangered Chinook.  But DFO refused to allow her to publish that research, citing the objections of industry collaborators.  DFO also refused to release her research under the Access to Information Act.  The Information Commissioner, reviewing this refusal, found DFO had no lawful reason to withhold this evidence of harm to wild Pacific salmon.

Dr. Miller-Saunders has publicly described this suppression as:

“A glaring case of industry’s right of refusal when it comes to dissemination of science.  The only interpretation allowed is that put forward by industry.  Federal and provincial governments knew about this study, and allowed it to stay blocked for 10 years while they funded other scientists to counter the findings.”

In the intervening decade, DFO acted like this research did not exist.  Instead, it collaborated with industry researchers to produce flawed research claiming PRV did not cause disease and was native, or endemic, to BC.

All those claims have been proven false.

Independent scientists, often working with Dr. Miller-Saunders, have proven PRV causes the red blood cells of endangered Chinook to rupture en masse and that PRV is a foreign virus introduced to our Pacific coast through salmon roe acquired from salmon farms in Norway, and/or Iceland.  It is not native to BC.

Yet, despite the science and the law, DFO knowingly allows fish farms to stock their open net-pen feedlots with Atlantic salmon smolts infected with PRV.

To circumvent section 56, DFO managers have repeatedly suppressed, ignored, and misrepresented the scientific evidence of harm to DFO decision-makers, including the Minister. All this despite the Federal Court repeatedly confirming that DFO’s priority was to protect and conserve fish and to anticipate, attack and prevent harm when doing so.

Must we watch DFO repeat the shameful conduct that led to the collapse of the Atlantic cod fishery and witness the mismanagement of wild Pacific salmon into extinction?

The Honourable Joyce Murray – DFO’s current Minister – cannot rely on DFO managers to provide her with objective, accurate scientific advice.  And PRV is only one example of DFO managers turning a blind eye to the evidence of the harm open net-pen feedlots cause wild Pacific salmon.  DFO has consistently ignored the risk of sea lice and is now ignoring new research from scientists working with Dr. Miller-Saunders demonstrating that a bacterium, Tenacibaculum maritimum, is associated with population-level impacts to sockeye, coho and Chinook.

And so, with our Aquaculture Management Directorate captured by the fish farming industry, Minister Murray faces one of the most important aquaculture decisions in BC’s history: whether to renew fish farm licences, all of which expire in June 2022.

She must be wondering whom in her department she can trust.

The only option is for Minister Murray to make these licensing decisions herself for she surely knows what her predecessor Bernadette Jordan knew, that DFO’s advice will be indistinguishable from the fish farmers’ demands.

Fortunately, Minister Murray has repeatedly shown she puts wild Pacific salmon first.  British Columbians can remain confident that Minister Murray’s June 2022 decision will be the right one, and a step forward in the Prime Minister’s mandate to remove open net-pen feedlots from coastal BC by 2025.