The federal government caves into Big Pharma on drug prices 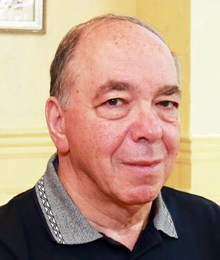 This is the same pharmaceutical industry that has gone from investing 12.5% of sales into Canadian research and development in 1995 to 3.5% in 2020.

Changes in the way that Canada regulates drug prices are sorely necessary; on a per capita basis Canada pays the third highest amount in the world for drugs and when it comes to individual drugs only the United States, Switzerland and Germany have higher prices.

In response to the urgent need to rein in drug prices in Canada, the original version of the changes introduced back in 2019 would have introduced three major changes. They would have required companies to disclose the actual prices of drugs (currently kept confidential) instead of list prices, introduced new economic factors into the decision about what a reasonable price should be, and changed the countries that Canadian prices are compared to (swapping out the United States and Switzerland for five countries with more moderate prices). Now only that last change is going ahead. Instead of saving an estimated $8.8 billion over 10 years those savings have now shrunk to just $2.9 billion.

Even this backtracking wasn’t enough to satisfy Innovative Medicines Canada, a lobby group for Big Pharma. In a statement released after the changes were announced it said “Changing the basket of comparator countries…does little to cultivate the competitive

market needed to attract global investment and to ensure access to the best medicines for Canadians.”

What’s happened here is that the industry has flexed its muscles and the federal government has yelled “uncle”.

The multinational companies have been bitterly opposed to the changes since the very beginning. IMC disputed the need for them and the benefits that would result and claimed that drug companies would either not launch or delay the launch of new drugs in Canada.

An investigative article in The Breach found that IMC lobbied elected representatives and federal government officials 55 times in 2021: “Lobbyists for U.S.-based pharmaceutical giants Pfizer and Johnson & Johnson…paid designated office holders in Canada a combined 116 visits since October 2020.” The bulk of the lobbying was to make sure that Canada didn’t support any relaxation of patent standards at the World Trade Organization in response to the request from India and South Africa to temporarily suspend intellectual property provisions for COVID related diagnostics and therapeutics.

But in light of reports that then Innovation Minister François-Philippe Champagne had “made it a mission to rebuild bridges with Big Pharma” some of that lobbying was very likely also around the PMPRB changes and the Liberal government’s past promises to introduce a universal pharmacare plan.

According to Globe and Mail columnist Konrad Yakabuski, the pandemic may also have played a role in Ottawa’s ultimate decision. The government insisted that the PMPRB regulation changes were not brought up when prices for COVID vaccines were being negotiated. However, “IMC did warn Ottawa in the fall of 2020 that the new rules could have an ‘unpredictable’ impact on vaccine launches here and argued for a ‘collaborative path forward’ until the pandemic is over.

IMC was backed up by various “patient” groups. Durhane Wong-Reiger, speaking on behalf of the Canadian Organization for Rare Disorders (CORD), warned that “draconian” restrictions on drug prices won’t solve Canada’s budget problems. On its website CORD lists over 25 drug companies among its “corporate leaders”.

While the federal government has been kowtowing to the pharmaceutical industry, the amount that Canadians spend on medicines has continued to rise. In 2020, we spent an estimated $32.7 billion, 4.3% more than the previous year. Meanwhile, more than two-in-five Canadians are concerned about their ability to afford prescription drugs in 10 years.

A report from the Canadian Federation of Nurses Unions estimates that the lack of affordability of prescription drugs could be causing 370 to 640 premature deaths due to heart disease every year and 270 to 420 premature deaths annually of working-age Canadians with diabetes.

The longer we wait for lower drug prices the more Canadians suffer and die.

Dr. Joel Lexchin is Professor Emeritus at York University, on the board of Canadian Doctors for Medicare and the Canadian Health Coalition and an emergency physician at University Health Network Toronto.