Less than two years away from being sworn-in as President of the United States, Richard Nixon, a former Vice President, was in Toronto on this date in 1967 where he delivered an after-dinner address to members of Toronto’s famed Empire Club. By then the most traveled VP in American history – President Eisenhower had sent him to a total of 56 countries during their two terms in office.

Nixon’s address to his Canadian audience drew upon his foreign policy experience. In particular, he gave his views on Asia and changes there since his first visit in 1953.

It is interesting to note that Nixon’s introduction was delivered by Ted Jolliffe, Ontario’s past CCF (later the NDP) leader. He spoke glowingly about Nixon’s role in transforming the US Vice Presidency.

“His terms of office were distinctive and historic,” Jolliffe said. “The constitution of his country is somewhat less than precise about the Vice-Presidency. Partly by force of circumstance and even more by virtue of his own capacity, Mr. Nixon moved from a traditionally passive or ornamental role into one of active participation in decision-making, not only as the President’s understudy during three periods of serious illness, but as a policy-maker within the inner circles of the administration. At Washington, these were and are awesome responsibilities, the like of which have never before been known.”

You can read Nixon’s address at the following link. While we are on the subject, let me send out my congratulations and thanks to the Empire Club for placing the speeches their members have heard over many decades online for all to see. By doing so, they are providing a rich tool for any Canadian interested in our history. 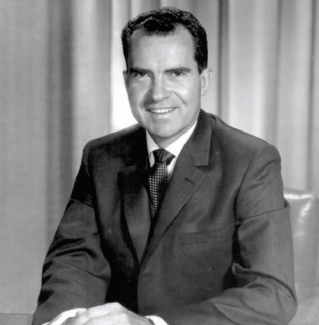