Can the Minister of Fisheries protect Canada’s Fish? 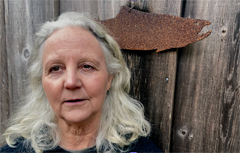 On February 22, 2022, the Director of the DFO Aquaculture Management Division signed a draft letter to – Marine Finfish Aquaculture operators in British Columbia instructing them to pay for their licences, which expire in a matter of weeks, before Fisheries Minister, Joyce Murray, decides whether to renew them.  There is a lot of pressure on the minister not to renew these licenses due to mounting scientific evidence that diseases leaking from BC salmon farms are driving down wild salmon populations.

The DFO director of aquaculture wrote:

“DFO will except payment of fees as an expression by the licence holder of the desire to be reissued a licence.”[1]

Paying for a licence before it is issues it is odd.  However, the previous director of aquaculture did the same thing in 2020.  While then Minister of Fisheries Bernadette Jordan was consulting with seven First Nations on whether to renew 19 salmon farm licences in the Discovery Islands, the director of aquaculture management invited the salmon farming companies to pay for their licences before the consultation was complete.

When Minister Jordan made her landmark decision to create a salmon farm-free migration corridor for the Fraser River salmon, the fish farm companies Grieg, Cermaq, Mowi and others sued her, and they used the fact that they had paid for their licences against the minister.

As an intervenor in that lawsuit, I observed salmon farm industry lawyers frame DFO’s acceptance of their client’s licence fees as unfairly raising expectation it would be business as usual.  While they won the lawsuit, an industry using the court to strongarm licences from the federal government is clearly in trouble.  As a result of this decision, the current Minister of Fisheries, Joyce Murray, must revisit whether to renew the 19 Discovery Island salmon farm licences.  As well, all remaining 79 BC salmon farm licences are due to expire on June 30 and require a licencing decision.   First Nations have already removed twelve salmon farms from the BC coast.

Wild BC salmon populations are on an alarmingly steep extinction trend and new scientific publications, some by DFO scientists, reporting significant impact of farm salmon diseases on wild salmon are emerging every few weeks.  It is disturbing to see DFO staff seeding incriminating evidence that can be used if the minister’s decision is not favourable to salmon farming industry.

The February 22 letter to salmon farm operators also states a new draft of the DFO fish farm regulations is attached for their review.

Everywhere this industry operates sea lice become increasingly difficult to control as they adapt, becoming resistant to the treatments used to kill them. As a result, BC salmon farms are currently breaching the DFO sea lice threshold weekly.

Removing this threshold makes it easier and less expensive for the industry to remain in compliance with regulations.  Everyone involved should know the reason a lice limit was put in place was to protect wild salmon.

Something is very wrong here.  The Prime Minister of Canada stepped up to protect wild salmon by issuing the Minister of Fisheries the mandate to remove open net salmon feedlots from the BC coast.  At the same time DFO staff are lowering regulations increasing the risk to wild salmon and telling industry to pay for licences that the minister has not issued.

I don’t have the power to protect wild salmon, but I can alert Canadians that some portion of DFO appears to be undermining the power of our minister of fisheries to make decisions to protect wild salmon, a public resource.  This not only threatens the wild salmon of Canada, but it also weakens our democracy.  Wild salmon feed the trees that make the oxygen we breathe. Now, more than ever Canadians need governments that can make the hard choices to protect us from climate threats and extinction of the animal kingdom we are part of.   Every step of the way this is going to manifest as contests of will between corporate and government power.

Those of us in British Columbia are watching closely