It is a big day on the political history calendar, particularly for all my Liberal friends. It was, of course, on this date in 1968 that the Pierre Elliott Trudeau era began, when Canadians gave the new and stylish Liberal Leader a majority mandate.  The widepsread excitement generated by the charismatic Trudeau came to be dubbed “Trudeaumania”.

In the first Canadian federal election to hold a leaders debate, Trudeau’s Liberals won 45% of the popular vote and 155 of the Commons’ 264 seats.  Robert Stanfield, who had succeeded John Diefenbaker, saw his PC’s drop from 94 seats to 72, while Tommy Douglas’ NDP held steady at 22 seats.

It had been a meteoric rise for Trudeau.  He had joined the Liberal Party in 1965, as one of what came to be dubbed ‘three wise men”, along with fellow Quebec intellectuals Gérard Pelletier and Jean Marchand.  All three were first elected in the 1965 election.

After the 1965 election, PM Lester B. Pearson named Trudeau as his parliamentary secretary.  In April 1967, less than two years into his parliamentary career, Trudeau was promoted to Minister of Justice and Attorney General.  His meteoric rise continued when he won the Liberal leadership at the party’s famed April 1968 convention, becoming Canada’s 15th Prime Minister.  He went on to serve 16 years as Prime Minister. 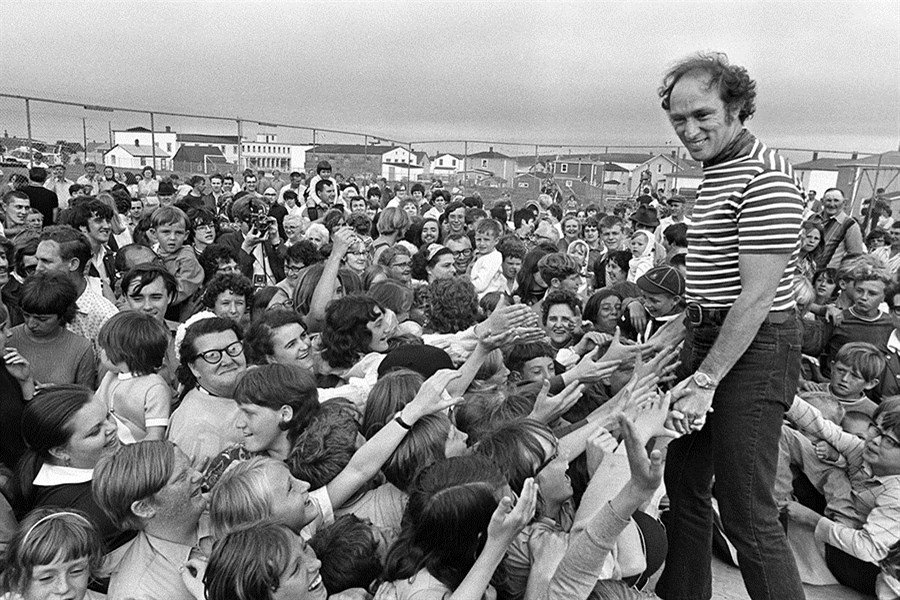