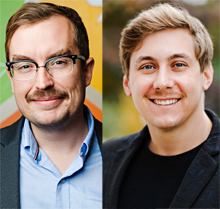 Is the concept of a “Just Transition” just talk?

A principle in practice, the idea of Just Transition holds that a healthy economy and clean environment should co-exist and the processes for achieving this should not come at the expense of workers whose employment is impacted or otherwise negatively affected by Canada’s low-carbon transition.

While the concept of Just Transition undergoes yet another House of Commons Committee review, it is worth noting that the Commissioner of the Environment and Sustainable Development’s 2022 report on Just Transition to a Low-Carbon Economy emphasizes that Canada is behind on its plans to help workers in the fossil fuel industry transition to a green energy economy. Worse, Ottawa has only implemented four of the 10 recommendations of the 2018 Just Transition Task Force, which consulted widely with communities, workers, and industry and was well regarded. We believe that taking action on these fronts would affirm the governments’ commitment to protecting workers and their families while enabling local economic growth.

Given the lack of labour supports to transition to a green economy, it is time to put the idea of eliminating oil and gas jobs—effectively leaving upwards of 450,000 Canadians, or 75% of the sector’s workforce stranded according to a 2021 TD Bank report—to bed.

Rather, we believe there is a dire need for Ottawa to rethink and advance a labour strategy that focuses on the creation of sustainable jobs. Such a change of the guard would help shift public mindsets and spark broader discussions on how Canada can fundamentally link economic prosperity with environmental stewardship.

There is a real opportunity that lies in the decarbonization of Canada’s economy. Per the World Resources Institute, the low-carbon transition is expected to generate a $4.7 billion in economic benefits including $3.4 billion in avoided climate change damage, $1.2 billion in health benefits, and $40 million in environmental benefits. Importantly, most fossil-fuel industry workers support climate solutions that will lead to low-carbon jobs and believe Canada should be pivoting towards a net-zero economy by 2050 according to a 2018 survey conducted by worker-led advocacy group Iron and Earth.

Why do oil and gas workers support greening our economy? Because the oil and gas companies have a coherent approach to decarbonize their operations, there is a clear connection between the energy sector and the wider Canadian economy.

A shining example is the Oil Sand Pathways to Net-zero Initiative- an alliance between Canada’s five largest oil sands producers responsible for 90% of all regional production. With the goal of achieving net-zero greenhouse gas emissions from all oil sands operations by 2050, this coalition is indicative of the type of progress that can be made under industry leadership. Reducing emissions as part of a three-phase plan that clarifies where and how these reductions will take place (i.e. direct air capture of carbon dioxide, efficient next-generation production technologies, and small modular nuclear reactors), the initiative will help protect jobs in the oil and gas sector, while simultaneously creating thousands of new jobs in adjacent sectors (e.g. construction, clean-tech).

Given the significant economic opportunities associated with decarbonization coupled with mounting public support, it is peculiar that Ottawa continues to drag its feet on deploying a net zero workforce strategy.

Businesses across Canada continue to face longstanding issues with labour shortages. As part of the Canadian Survey on Business Conditions from Q1 2022, which surveyed nearly 18,000 businesses, businesses report they continue to struggle with recruiting and retaining staff. These labour challenges are set against the backdrop of limited successes in the federal government meeting its own emissions targets. Since 2005, Canada has only managed to reduce its overall greenhouse gas emissions from 739 to 730 megatonnes of carbon dioxide equivalent. A far cry from the 2020 target of 622 megatonnes.

Admittingly, there is no silver bullet solution that allows Canada to address both its labour challenges and reduce emissions simultaneously. Rather, a comprehensive and strategic approach to decarbonization should: 1) support sustainable jobs; 2) develop close collaborations with industry; 3) create upskilling and reskilling options; 4) engage in data-driven transformations; 5) establish new opportunities for diversity-owned business and workers; and 6) adopt regional approaches to workforce development.

To achieve the connected goals of decarbonization and economic prosperity, Canada must develop its labour force to secure opportunities in existing and emerging sectors. We need to abandon the shallow “Just Transition” mindset that our oil and gas sector must be dismantled and recognize that a sustainable jobs strategy should focus on decarbonizing existing industries (e.g., oil and gas), expanding supports for established green energy sectors (e.g., nuclear) and developing workforce capacities in emerging fields (e.g., hydrogen, solar, and wind).

This shift is long overdue. As Canada’s climate continues to warm and other G7 countries make strides in their decarbonization efforts, there is a mounting risk that Canada will miss out on this opportunity. There is no guarantee or automatic market mechanism to ensure these benefits are realized at a level that outweighs the social and economic costs resulting from mass work displacements.

However, if Canada is to meet its climate targets in an inclusive and equitable manner- clean and sustainable job growth constitutes a new and more feasible roadmap guiding Canada towards decarbonization in a manner that will allow the government to restart, recover and reimagine prosperity for all Canadians.

David Billedeau and Nicholas Palaschuk are from the Canadian Chamber of Commerce. David is the Senior Director of Natural Resources, Environment and Sustainability; Nicholas is the Economic Policy Researcher.