A Prince of Parliament

There will be an abundance of responses and memories shared this week prompted by the passing of former Liberal interim leader Bill Graham.  They will be honest, heartfelt, and uniquely welcome in a season where politics has become something Graham himself would have never been suited for.

As a humble contribution to all the tributes out there, let me add a personal note.

I came to know Bill Graham during my by-election contest in 2006.  The federal Liberal party was in the middle of a leadership race, prompted by Paul Martin’s decision to step down as leader.  Graham was welcomed as an interim leader due to personal poise and experience over the years as Minister of Foreign Affairs, National Defence, and Leader of the Opposition following Martin’s departure.

He phoned me one evening amid the by-election campaign to see how I was faring.  We had never spoken before, but he had a knack for building familiarity instantly.  He had done his homework, knew all about my experiences as a professional firefighter and was keenly interested in my work in South Sudan during the great civil war there.  He phoned weekly during what turned out to be a successful election campaign.

Two days following election day, I was in Montreal for the Liberal leadership convention when someone placed his hands on my shoulders to welcome me.  It was Bill, with a smile that was as welcoming as I had ever seen.  Sitting with me during one of the many meetings, he helped guide me through a political world in what turned out to be a crash course for Ottawa.  I was asked to be the opening speaker of that four-day event, and Bill Graham helped me know what was vital for the party and me.

A week later, I was standing outside the locked door of the parliamentary chamber, awaiting my entrance as the new MP from London, Ontario.  Stephan Dion was now the new Liberal leader, and when the door opened, he helped guide me to stand in front of Peter Milliken, the Speaker of the House.  I was then guided to my assigned seat to begin this next important phase of my life and in front of me, on the desk, was a folded note.  “Your life and what you have done for others, here and abroad, will speak for you in this place.  Just live it in the honour of knowing you are one of only a few serving this marvellous country in this sacred Chamber.”  I kept that note.  It inspires me still. 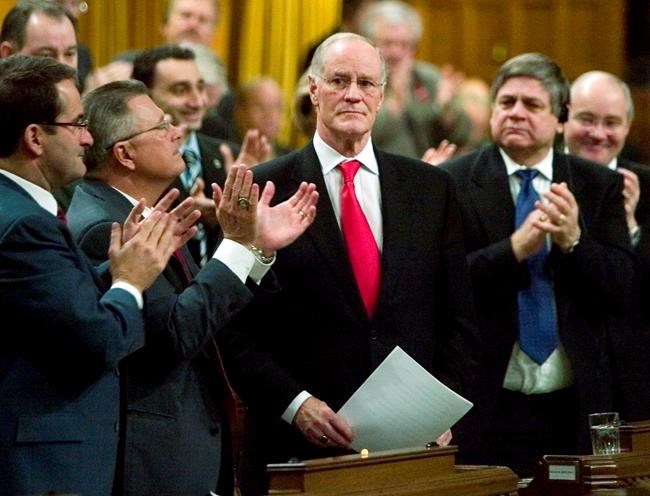 My wife Jane and Sudanese daughter, Abuk, were in the visitor’s gallery that day. A short while later, Bill came into the lobby with both of them and asked if he could take us all to lunch in the Parliamentary restaurant.  The following two hours were spent listening to the voice of a political and humanitarian master, as he took us through the responsibilities of political life and spoke of his views of the complexities of African policy, Sudan’s specifically.  It was wonderful and enthralling.

At specific points in the next few years, Bill would call to see how I was doing.  No longer in Parliament, he nevertheless maintained a keen interest in the political process and the people attempting to serve in it.

Bill Graham was a prince of Parliament, respected by those on all sides of the House, and someone we all recognized as that rare personality that continued to show grace, knowledge, and humility in what was an agenda-driven world.  He was somehow more refined in human spirit than most of us and gave Ottawa a dignified presence rarely found in such a political battleground.  His passing is painful, especially to many others who knew him better than I.  But for that period when he resided in Parliament, it was infused with something more accomplished and nuanced.  He gave it nobility.  Today’s political and public service is keenly aware of what that means in an increasingly partisan and chaotic world. That sense of peace and purpose he brought to us all will be deeply missed but always honoured.