Canada is Worth Saving 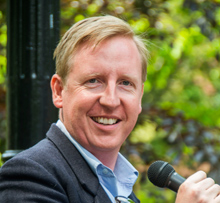 There is a void at the heart of Canadian politics. If we don’t fill it, we will lose our country. Turning from the political centre, drawn by the Siren howl of extremists, amplified by social media and the tone-deafness of our elites, our incredibly complex and delicate society will crack, break, and collapse on the rocks of populism.

I cannot overstate this: our country, and the global liberal civilization we are part of, are at risk. Everything centuries of struggle have built could disappear in five to ten years. It is up to us to decide whether we have the discipline and the willingness to sacrifice, to save our country.

That’s why, when Rick Peterson, an Alberta businessman and former federal Conservative leadership candidate, told me he was putting together a new group to make the political centre radical, relevant, and successful, I didn’t hesitate to get involved. While my work in provincial politics keeps me busier than I’ve ever been, it has also exposed me to problems that go beyond provincial borders. Problems that require a national focus.

Are things really that bad?

Humans have an incredible ability to adjust to new circumstances. That can harm us, when we accept the unacceptable. Think back ten years, and how you would have reacted if you’d been told in 2012 that this was how 2022 would look:

War in Europe. Canada directly involved, our weapons killing Russians and our troops training Ukrainians to kill Russians. A cold war with China, our economy entangled with a country committing multiple ongoing genocides. We talk reconciliation with First Nations to redress our national sins but send billions to Beijing as they repeat them. They use our dollars to pay for rapid militarization and develop tools of oppression to control their citizens and manipulate the world.

The US, which guarantees our security whether we like it or not, is sliding into instability. Trump’s narcissism unleashed a wave of populism that is now a rising tide in Canada. The radical right embracing conflict as it devolves into fascism.

The left has retreated from attacks on poverty and exclusion to focus on endless self-criticism and censorship, treating the country and the working class they claim to represent with contempt. Obsessed with words over action, coupled with believing every problem can be fixed by more and bigger government the left is impotent, but a perfect foil for the radical right.

The extremes reject science, whether climate change, vaccines, or GMOs. Ideas of right and wrong are no longer cornerstones to be changed with care as our society evolves but subjective opinions deployed to support a political position, then abandoned when convenient.

So, now, step back. Look at these and a thousand other problems, and ask yourself: what will happen next? Is this situation going to improve? How would it improve, absent some new force to get us back on track?

First, and we need to start saying this, Canada is worth saving. We are part of the only culture to have voluntarily abandoned slavery. To formalize legal equality for every citizen. To recognize that a successful country isn’t based on physical borders, the colour of your skin, or who you find attractive, but rather a shared set of rules and values. The rule of law, regulated markets, transparent elections, freedom of action only limited when your actions limit the freedom of another: these rules have given us, despite our continued failings, levels of prosperity and equality nearly unheard of in the history of our species. We forget that at our cost.

My appeal for a return to the centre is not an appeal for the status quo. It is a call for radical change. Complaints amplified by populists have merit: economic and social inequality, a disconnected elite, governments that overpromise and underdeliver. But the simplistic solutions offered by the extremes of left and right – more government or no government, cancel culture or authoritarianism – have been tried and failed, at enormous costs for regular citizens.

The word centre has been given a bad name.  Our success as a country has caused us to see the centre as a place of sterile wishy-washy compromise, precisely because the centre is where our politics has lived since Confederation. We are quick to forget the successes that came from work in that space, but long remember the failures. We are frustrated with institutions not living up to our expectations, and we should absolutely demand more from them, and the people who run them. But we are fortunate not to live in one of the many countries where people are fed up with militias, cynical about a dictatorship, or exhausted by corruption. Wanting more is universal, starting from a world-leading place is our privilege.

The centre is where we met across so many divides of history, language and culture, and built a country exceptional by any standard. We are so used to steady progress and growth that we take it for granted, and we fall for simplistic solutions. Extremists claim that the further you get from the centre, the better, purer, and more honest your ideas. This is adolescent politics for a country with a massive, complicated, delicate society like ours.

Let me be clear. That these failed and deadly ideologies have once again started to spread is the direct responsibility of people like me. By claiming differences were huge when they were small, political elites opened the door to a politics disconnected from reality. It is up to me, and you, and all of us, to take charge of our country as citizens, recognizing our power to solve our collective problems based on reforming and strengthening our institutions, not tearing them down. Taking responsibility, then taking action, then correcting course based on evidence.

That means being more tolerant of everyone who plays by the rules, regardless of party. It also means being less tolerant of those who don’t. Blockades, ‘convoys’, occupations: we need to be clear that the law applies equally to all, and at all times. We have a system that allows laws and rules to be changed. That system must be used, despite the messy slow process that involves.

Centre Ice offers a political program based on optimism, on evidence, and a belief that human beings working together can create a place where wealth, opportunity, and equality can be universal realities, not sterile slogans. Personal and collective responsibility and freedoms as complementary goals, not opposing ideas.

We are already most of the way towards building that better country. We would betray those who came before and those who will come after if we gave up now. So tell me what you want to do make our country better, and to build a centre where we can meet, and grow. In the words of French President Macron, who rallied the centre to hold back extremes and won back-to-back victories: En Marche! Let’s go.

Dominic Cardy was elected to the New Brunswick legislature in 2018 and named Minister of Education and Early Childhood Development. He was re-elected in 2020. He previously served as leader of the New Brunswick NDP and worked for the Washington-based National Democratic Institute in countries across Asia and Africa.