Today we mark the birth, in Reading, UK, on this date in 1823, of Goldwin Smith, an academic and intellectual who was one of the most important voices (for good and ill) in late 19th century English Canada.  He arrived in Canada after teaching at Cornell University, in New York, and following a successful career in England.

At first, Smith saw a great future for Canada but his views later developed into a strong belief that eventually Canada would be absorbed into the United Sates.

A prolific writer, with a biting and controversial style designed to inflame his opponents, Smith made many enemies during his Toronto days. While many questioned his patriotism, all agreed he was brilliant.

Politically, and particular in the 1891 election and after the publication of his book, Canada and the Canadian Question, strongly made the case for unrestricted reciprocity with the United States. In the professor’s view, this would help speed up annexation of Canada by the Americans. While the Laurier Liberals were pro-free trade, Smith was considered unpatriotic by many and Smith’s support was not one they needed. 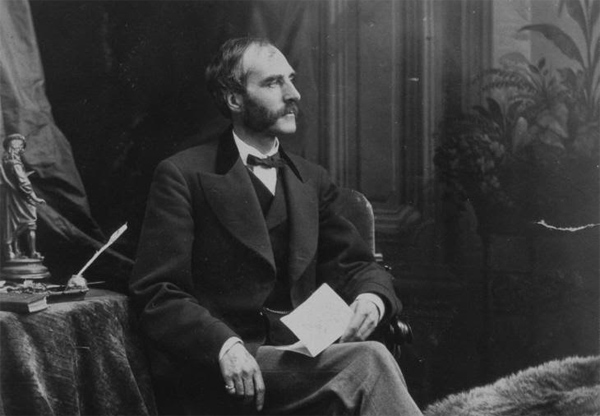 “Behind the walls of the Grange he railed against society in general and the failures of annexation in particular, never accepting that Canadians did not want to be Americans,” wrote Christopher Pennington in his book on the 1891 federal campaign, The Destiny of Canada: Macdonald, Laurier and the Election of 1891. “When (he) died in 1910, the obituaries heralded his literary talents, but few Canadians were moved by his passing.”

Even by the standards of his time, Smith was also an anti-Semite.

Today he is perhaps best remembered as the occupant of the famous Toronto home, the Grange, which his widow bequeathed, so what is now the Art Gallery of Ontario (AGO) had a permanent home.

You can read more about this controversial figure in early post-Confederation Toronto and Canada as this entry at the Dictionary of Canadian Biography at this link.