How to save Nexus from its imminent demise 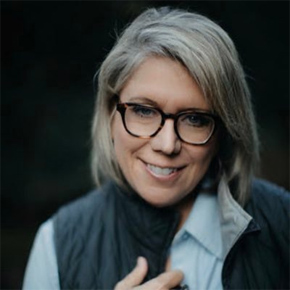 Let’s be real here for a moment. The NEXUS trusted traveller program overwhelmingly benefits Canadians. Close to 80 per cent of the 1.7 million members are Canadians or Canadian residents.

And what a sweet little card that NEXUS card is. It gets you into an expedited queue for customs and security, whether you’re travelling to the United States, back to Canada, or even from airport to airport within Canada. After last summer’s airport migraines in Toronto and Montreal, Canadian frequent flyers understandably regard their NEXUS cards as the most precious things in their wallets.

Well, as someone with a particular line of sight into the current impasse between the United States and Canada over the future of NEXUS, I have some news: the program is awfully close to having no future at all. If something isn’t done, and done soon, it will wither like a dandelion and blow away in the wind of bureaucratic intransigence.

Basically, here’s the picture: NEXUS is a joint program. Its offices on both sides of the border are staffed by American and Canadian customs agents. In Canada, NEXUS enrollment centres are mostly in airports, just down the corridor from the U.S. customs preclearance halls most Canadians have passed through on the way to U.S.-bound flights. Uniformed U.S. agents regularly rotate from their normal perches in the customs hall to NEXUS offices and back. Effectively, screening NEXUS applicants is a form of preclearance.

The thing is, the moment those agents step out of the customs hall, they lose their official legal protections in Canada. Diplomats, members of the military, police liaisons and all manner of other officials operating officially on foreign soil are routinely given such protection, which is rooted in treaties like the Vienna Convention. If they misbehave, they face justice back home, not in the host country.

That legal protection is, of course, extended to U.S. Customs and Border Protection agents operating in Canada. Except, that is, when they walk down the hall for a shift in the NEXUS office.

To the U.S. agents, this makes no sense. They do not want to work unprotected in Canada, and see no distinction between their customs preclearance work and their NEXUS preclearance work. They are after all wearing the same uniform for both tasks. (Actually, it’s the same basic task: determining whether to let someone into the U.S.).  For years, Washington has been pushing Ottawa to extend the diplomatic umbrella, so to speak, to cover U.S. agents when they work in NEXUS centres.

The Government of Canada, though, does see a distinction. Kirsten Hillman, Canada’s ambassador to the U.S., put it this way in a recent CBC interview:

“It has to do with what they (the U.S. agents) are doing. It has to do with the functions that they are doing (in NEXUS offices). And whether those functions are functions where we can say this is a kind of a function that rises to the level or meets criteria that would allow us to consider to exclude them from the reach of Canadian law.”

That, added Hillman, “may be impossible for us.”

A year ago, after our common border was finally reopened to non-essential traffic, the U.S. government simply declined to resume staffing of NEXUS offices in Canada.

Logical, if you think about it. Leaving the Canadian offices closed had barely any effect on American travellers (NEXUS offices in the United States, co-staffed by Canadian and U.S. agents, remain operational, at least for now).

And to be clear, the survival of NEXUS isn’t exactly top of mind in Washington.  As noted, most of its members are not Americans. The United States operates its own unilateral and highly popular trusted traveller program, Global Entry. The minority of U.S. travellers who belong to NEXUS can just shift over to that program. (Global Entry, of course, facilitates arrivals only at U.S. points of entry; it doesn’t help avoid snarls in Canadian airports).

For Canadian frequent travellers, though, the closed NEXUS offices in Canada are a severe concern. Canadian members must now travel to the U.S. to renew an expiring card, and the backlog of new applicants is now at 350,000.

Ottawa is indignant. In the CBC interview, Ambassador Hillman said the U.S. government should send its agents back to Canadian NEXUS offices right away, while the two governments “talk it out.” Agreement, she said, can possibly be reached at some point.

Washington’s view is that when the Canadian government says “at some point,” it means “never.” Remember, U.S. officials have been pushing Canada for years to extend its agents’ protections.

So here we are. An immensely useful and popular program is perhaps in its final months or even weeks, unless a solution is found right now.

So, great news.  I have one to propose.

Canadian agents can staff Canadian NEXUS offices by themselves. The American side of the process can be handled in the same manner Global Entry is handled, upon arrival in the US. NEXUS applicants vetted on the Canadian side could do their American vetting on their next trip to a U.S. airport.

That way, the program would remain jointly managed. U.S. and Canadian agents would continue to co-operatively screen applicants. They just wouldn’t do it in the same room.

It would be an elegant, immediate solution. Business could return to normal.

Remote vetting by video link might be possible, someday, but it’s not an option in the here and now. There are statutory obstacles. No, we need a workable plan, and we need it right now.

The alternative, I guarantee you, is no NEXUS program. Canada will have effectively killed it by refusing to grant normal legal privileges to US customs agents.

Does anyone think that’s a good outcome?

Maryscott (Scotty) Greenwood is a Washington-based specialist in Canada/US relations and a partner at Crestview Strategy. She is CEO of the Canadian American Business Council. As a former political appointee in the Clinton administration, Greenwood served as chief of staff at the US Embassy in Ottawa.
The views, opinions and analyses expressed in the articles on National Newswatch are those of the contributor(s) and do not necessarily reflect the views or opinions of the publishers.
Click here for more political news headlines
Tweets by @natnewswatch