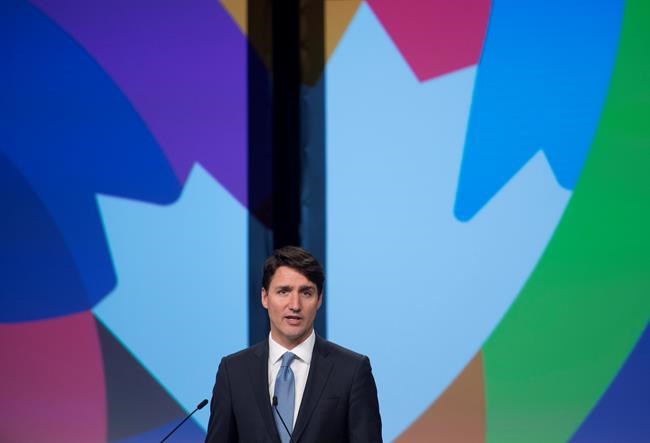 OTTAWA — The mayors of Canada's biggest cities say they need a slice of the tax windfall from legal marijuana to cover what they describe as significant costs associated with enforcing a signature initiative from the federal Liberals.

They raised their concerns with cabinet ministers this week, pressing the case that some tax revenues from sale of the drug must filter down to cover costs associated with land-use issues, business licensing applications and enforcement once the purchase, sale and recreational use of the drug is no longer illegal.

The parliamentary budget officer estimated in a report last year that sales tax revenue to federal and provincial governments combined could be as low as $356 million and as high as $959 million in the first year of legalization, depending on the price put on cannabis and usage.

"We're not in a position to collect any (taxes)," Edmonton Mayor Don Iveson, chairman of the mayors' group, said in an interview this week.

"One conversation that we think is important to have is support for local governments dealing with the costs of enforcement."

It would be up to local police to enforce impaired driving laws, provisions about sales to minors and any necessary bylaws for dispensaries that open up in communities. Halifax Mayor Mike Savage said cities are asking the federal government for more details as early as the fall about how the law will impact them.

"We also need some clarity around the law, so that we can be prepared to deal with dispensaries, many of whom think that they, as soon as this (bill) passes, can just open anywhere they want," Savage said.

Several mayors say they feel the Trudeau Liberals are moving at breakneck speed, leaving them little time to prepare for the new regime. The Liberals hope to make marijuana legal by the summer of 2018.

"The one thing that, of course, concerns me is the timing of how quickly this is occurring, especially given that I certainly have concerns about likely increased costs to policing," said Winnipeg Mayor Brian Bowman.

"Depending on how it's rolled out, depending on where the revenues are being collected and by whom could play a role in helping us address our concerns and what we expect are going to be increasing costs to policing."

The government's legalization bill, C-45, was being debated at second reading in the House of Commons on Friday, blocks away from where thousands of delegates were gathered for the annual meeting of the Federation of Canadian Municipalities.

Trudeau addressed the gathering in the morning after the official start of the annual meeting, focusing on what local leaders describe as an opioid epidemic in their communities.

Health officials and political leaders have been sounding the alarm about a dramatic spike in opioid deaths across Canada — the focus of a national summit in Ottawa last fall that pulled together experts from across the country.

In his speech, Trudeau said governments won't rest until they turn the tide of the crisis, pointing to the government's latest budget as evidence of the government's interest in addressing the problem: The budget included $110 million over five years for a national drug strategy.

"The opioid epidemic has touched the lives of countless Canadians, in one way or another," Trudeau said.

"We must come together to address this crisis and that's why we're working with our provincial, territorial and municipal partners to find lasting solutions."

Later in the day, the government announced it has approved three new supervised drug consumption sites for Toronto. In a statement, Health Minister Jane Philpott said evidence shows such sites save lives and decrease hospital admissions related to injection drug use.