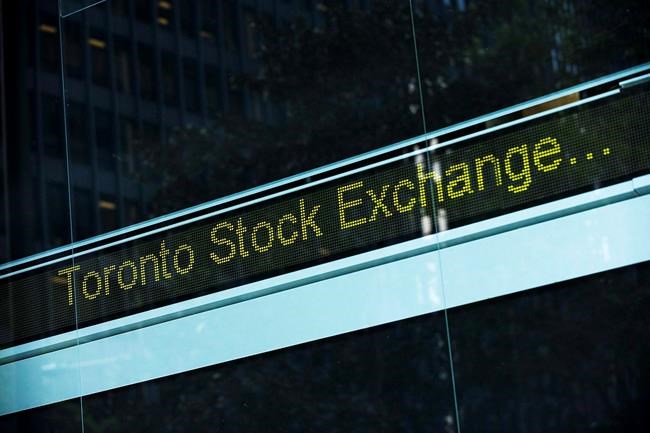 TORONTO — Canada's main stock index surged more than 200 points in a broad-based advance as U.S. stocks rallied for a second session in a row, erasing some of the massive losses suffered last week.

The gains came after the Toronto stock index dropped more than eight per cent from its all-time high and leading Wall Street indexes slumped into a "correction" for the first time in two years. Market commentators believe the abrupt stock market rout that began two Fridays ago might have been triggered by a combination of events that rattled investors, including worries about a potential rise in U.S. inflation or interest rates.

"The strength today is a continuation of the rebound we saw midday last Friday. I would still categorize this as a little bit more of a reflex to the extreme selling we saw last week, and I say that because the underlying data has remained categorically positive," said Craig Fehr, a Canadian markets strategist at Edward Jones in St. Louis.

"I would say more broadly the economic data around the world suggests that growth is on the upswing and corporate earnings data continues to come in quite strong. And I'd say those were trends that never really saw disruption, even though we saw major disruption in the performance of global stock markets last week."

Among some of the big earners Monday was Restaurant Brands International Inc. The owner of Burger King and Tim Hortons moved up $4.39, or 6.18 per cent, to $75.48 after outperforming analyst expectations on its fourth quarter profit.

Meanwhile, Shopify Inc. jumped $10.67, or 7.10 per cent, to $161.05 amid news the Ontario government has inked a deal to use its e-commerce platform for cannabis sales online and in stores as part of its plan to be the province's sole distributor of legal recreational marijuana.

In currency markets, the Canadian dollar closed an average trading value of 79.35 cents US, up 0.04 of a U.S. cent — ending last week's five-day slide.

On the commodities front, the March crude contract was up nine cents to US$59.29 per barrel after sharp drops all of last week and the March natural gas contract was down three cents at US$2.55 per mmBTU.

Companies in this story: (TSX:QSR, TSX:SHOP)