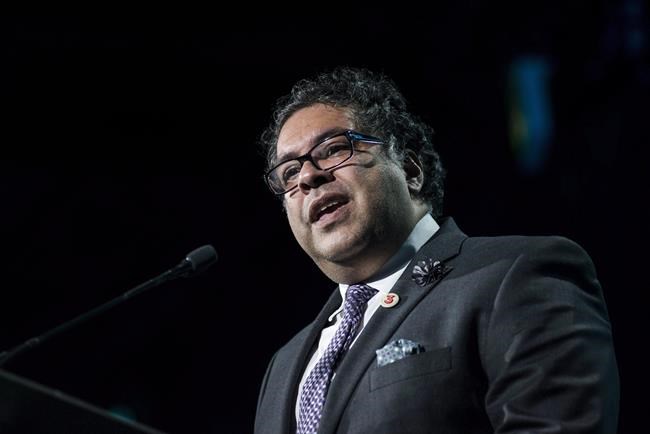 CALGARY — The mayor of Calgary says Ontario Premier Doug Ford's plan to cut the number of Toronto city councillors and cancel votes for other municipal elections is "tinpot dictator stuff."

Ford said Friday his Progressive Conservative government will introduce legislation to cut the number of seats to 25 from 47 and  cancel planned elections for regional chair positions in several Greater Toronto Area communities. Ford's announcement came the day nominations for those seats were to close.

"For you to say to those folks who put their lives on hold only because they want to do public service, 'By the way, the job you're running for doesn't exist any more' — that's unconscionable," Nenshi said.

"That is a direct affront on democracy. That is tinpot dictator stuff."

Nenshi said Toronto city council may have its problems. But changing the rules on nomination day — especially when Ford made no mention of it during his own recent election campaign — is the wrong way to address them.

Nenshi also pointed out that one of the cancelled elections was being contested by Patrick Brown, whose resignation as Ontario Progressive Conservative leader opened the door for Ford's successful bid.

"You don't cancel elections where your political rival was running for an office."

Nenshi urged Toronto Mayor John Tory to fight the proposed legislation, because it could ultimately affect all Canadian mayors.

"I would strongly suggest and support Mayor Tory in saying we've got to find a legal answer to what the limits of provincial authority are here.