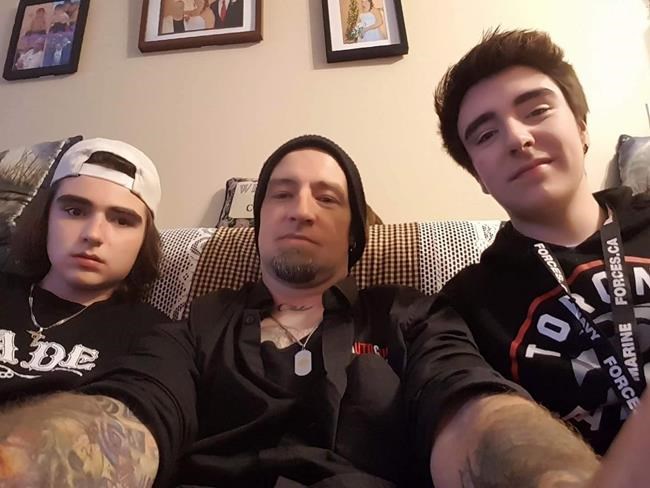 FREDERICTON — The widow of a civilian killed in last Friday's Fredericton shootings says she has no regrets about the profane phrase she directed at Justin Trudeau during his condolence call to her Wednesday.

Melissa Robichaud said her family was hurt the prime minister did not reach out to them Sunday while in the city, where he paid public tribute to Constables Robb Costello and Sara Burns at city hall.

Robichaud said Trudeau told her he had wanted to give his condolences for the death of her husband, Donnie Robichaud, but couldn't because he was meeting with families of the police officers.

"So I said so what. They wear a vest, they carry a gun, that makes them more important than one of us? I called him a piece of (expletive)," she said in an interview Thursday.

Robichaud said she swore at him because her two sons have been made to feel that their father was somehow less important.

"Honestly I just lost my husband and my kids have just lost their father. My son put it on Facebook how hurt he was that he (Trudeau) was in town and he couldn't even find a phone number to call and give his condolences or anything like that."

Donnie Robichaud and Bobbie Lee Wright were also gunned down with Costello and Burns at an apartment complex on the city's north side.

When asked for a response Thursday, it was clear the Prime Minister's Office was wary of commenting in detail about what was said.

"The Prime Minister reached out to personally offer his condolences to the families of the victims," spokeswoman Chantal Gagnon said in an email.

"We cannot imagine what they are going through. He offered our support to the families and will continue to do so."

The PMO confirmed that Trudeau had spoken to Melissa Robichaud and her two sons and that he would be speaking to Wright's family in the next few days.

While Robichaud admitted that she doesn't like Trudeau to begin with, she doesn't regret what she said.

An obituary published earlier this week said there would be no visitation or funeral for Donnie Robichaud in keeping with his wishes.

Melissa Robichaud said she was getting ready later Thursday to scatter Donnie's ashes. She said they had been married for 16 years before separating last December.

"It's what he asked for, we talked about it," she said. "He didn't want a funeral, he wanted nothing to do with church ... he didn't want a memorial or anything like that. He wasn't a religious man whatsoever and that was just him."

The family had previously confirmed that Robichaud had been a member of the Bacchus Motorcycle Club, but said he had left about a year before his death.

"I'm taking his ashes along a strip that we all used to take on the bikes and letting them go," said Melissa.

Meanwhile, hundreds of mourners attended a public visitation Thursday for Costello and Burns, while a regimental funeral is planned for the two officers on Saturday. Thousands of police officers and first responders from across the country are expected to attend.

A public visitation was held Wednesday evening for Wright at a funeral home near Woodstock, N.B.

- By Keith Doucette in Halifax