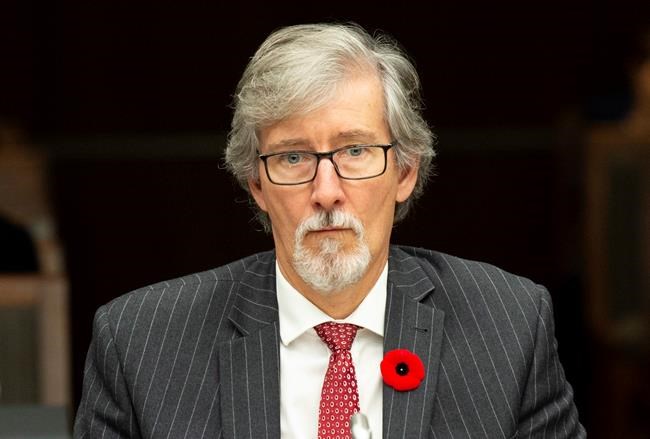 OTTAWA — Well before Statistics Canada set out to scoop up private banking information from 500,000 Canadians, it had already collected reams of corporate and individual tax forms and health records — part of its growing reliance on "administrative data" sources instead of traditional surveys.

But the uproar over the banking data threatens more than one project: the chief statistician warns the future path of the agency — whose data analysis drives policy decisions on everything from taxes and interest rates to seniors' benefits — is on the line.

Anil Arora said the debate is really about whether Canadians want timely information in a rapidly changing digital world.

"To me that's really what's at stake," he said in an interview.

"Canadian society is better served with that than the alternative, which is to put Statistics Canada on the backburner in saying, 'You guys are doing an OK job, but don't use the tools that are now available today or where Canadians kind of live and operate,' which is more and more in the digital world."

Statistics Canada is already using some of those tools.

For example, it collects information from every province on cancer patients to feed a database on incidence and survival rates. The tax filings of every person and business develops census income data. And the agency is on the verge of replacing the short-form census every Canadian is required to fill out every five years by merging data from existing government holdings — a massive project years in the making.

By law, the agency can ask for any information it wants from any source. During a briefing with reporters last month, senior officials said they planned to test the limits of the Statistics Act to tap new sources of information as survey response rates decline, undermining the accuracy of the agency's findings.

Three senior officials — one overseeing information technology, a second in charge of labour, education and income statistics, and a third in charge of income statistics — defended the agency anew on Thursday during an online chat about the latest financial projects, outlined in privacy assessments posted to the Statistics Canada website, trying articulate why the data was needed.

One participant lamented that the lack of a clear explanation fuelled public skepticism about the project.

The Liberals stood behind the agency again Thursday under continued questioning from the Conservatives in the House of Commons, where allegations of state surveillance and authoritarian rule peppered the debate.

Arora said the concerns people have expressed with the banking information project require the agency to do a better job communicating with Canadians about what information it collects and how it protects it from release. He said Statistics Canada has worked with the privacy commissioner's office for the last year on the design of the project, but is willing to take more advice.

Former officials at the agency describe a culture where safeguarding data is drilled into every worker. Identifying information is separated out of files to protect privacy, and only a small group of analysts are able to access the data when it is needed to merge various data sets. But that might not be enough.

"Any record linkage is a de facto invasion of privacy," said Michael Wolfson, a former assistant chief statistician who left the agency in 2009. "You knew that, but there was an offsetting public good. I think the world is changing, though."

Doug Norris, chief demographer at private research firm Environics Analytics, who spent three decades at Statistics Canada, said the statistical system only survives with the confidence of Canadians. "Maintaining privacy would be right in the centre of that. It's inherent and required by the agency."

Lower costs and better data quality have prompted the agency's reach for more administrative data compiled by other organizations, such as the banking information, and were encouraged under the previous Conservative government, said former chief statistician Wayne Smith.

He said the agency might have overreached with its plans to get information from banks and years of credit histories and spooked Canadians whose information is being sought. That makes it harder for the agency to try similar projects in the future. Smith said he authorized similar, but less broad, projects under his tenure.

Smith said he believes any new attempts to tap privately held data sources have to be gradual, to prove that each new move made sense, was cost effective, and provided relevant and important information for governments to use.

"You have to build up that confidence and that reputation. You can't just assume it's there and go off and demand things and not expect a backlash," he said.

The federal privacy commissioner plans to examine the limits of the agency's reach as part of a probe into its request for the banking data.

"I'm not against the collection, use and sharing of information to improve services, but I think that our current frameworks in Canada currently are lacking," privacy commissioner Daniel Therrien told the Commons ethics committee Thursday. "Statistics Canada is arguing that they can do this without consent based on the current legal framework."

He warned that any government agency handling financial information needs to put careful safeguards around it.