Contempt for courts? Critics denounce disdain for rule of law in Ontario, U.S. 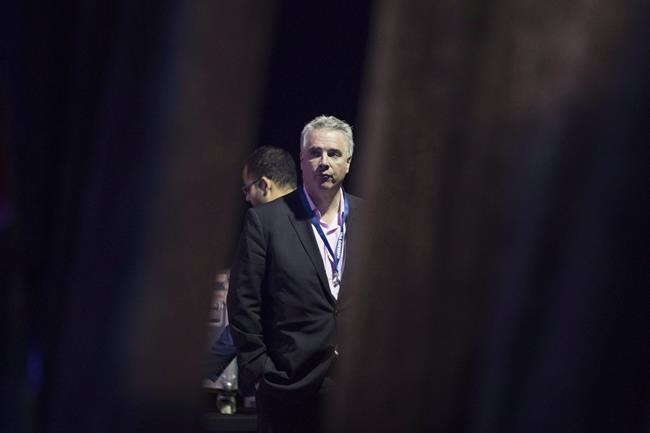 WASHINGTON — Maybe the White House and the Pink Palace have something in common.

Inside the rosy sandstone walls of the Ontario legislature, opposition critics were up in arms over a Toronto Star report in which anonymous Conservative insiders accused Dean French, Premier Doug Ford's chief of staff, of trying to interfere in police investigations of illegal cannabis outlets when marijuana was legalized in Canada last month.

Both reports struck a similar chord: two anti-establishment leaders, each known for an unconventional approach to governing, seeking to defy long-standing political conventions that frown on exerting political influence on the independent machinery of law enforcement.

Whether it's because of a lack of awareness of those conventions, or outright contempt for them, it's disturbing either way, said Jamie Cameron, a professor of constitutional law at York University's Osgoode Hall law school.

"What we see in Ontario and the U.S. is profound disregard, or ignorance, of the rule of law and basic principles of democratic governance," she said.

"The populist notion that simply being elected entitles a premier or president to exercise unbridled authority — either flouting the law or without regard to it — because it will make America great or is in the name of the Ontario people threatens the foundation of democracy: that we are a government of laws and not of men or women."

During the 2016 presidential campaign, Trump famously promised a special-counsel investigation into Clinton's use of a private email server during her tenure as secretary of state — a controversy that resurfaced in Washington this week following revelations that Ivanka Trump, the president's assistant and daughter, had used a private email account for government business.

"There was no anything, just innocent emails," Trump said Thursday. "It’s another fake news story."

He fired Comey from the FBI last year — initially, he said, on the recommendation of his attorney general, although it later became clear that Trump was frustrated over a host of issues, including the agency's handling of the Clinton email investigation, the ongoing probe of his campaign's ties to Russia and what White House press secretary Sarah Huckabee Sanders described as Comey's "lying, leaking and politicizing the FBI."

Earlier this year, Trump broached the idea of ordering the Justice Department to take action with Don McGahn, who was White House counsel at the time, the New York Times reported Tuesday. McGahn reportedly told the president he had no such authority, and even requisitioned a memo to explain the potential legal and political consequences.

In the case of Ontario's premier, it remains unclear whether Ford knew anything of his chief of staff's ultimately unsuccessful orders to senior political aides asking them to direct police to raid outlaw cannabis shops on Oct. 17, the day federal legalization of cannabis took effect.

Ford has also denied knowing of or believing another media report of strong-arm tactics on French's part, this time asking the head of Ontario Power Generation's board of directors to fire Alykhan Velshi, who was the chief of staff to Ford's predecessor — former Progressive Conservative leader Patrick Brown.

Green party Leader Mike Schreiner called French's actions on Oct. 17 an "abuse of power" and "the very definition of a police state."

That's precisely why political leaders in Canada, the U.S. and other democracies have traditionally avoided being seen getting involved in judicial matters, said Andrew Cohen, a specialist in Canadian and U.S. politics at Carleton University in Ottawa.

"The police in Ontario, or the Justice Department in the U.S., are not the plaything of a premier or a president," he said. "They are not an instrument of intimidation or retribution. There is, practically and wisely, a separation of that authority to prevent a politician from exacting revenge on his or her opponents or critics."

Chris Sands, director of the Center for Canadian Studies at Johns Hopkins University, said while the two situations point out similarities between Ford and Trump and their styles of leadership, he's more interested in the differences.

While both are anti-establishment figures whose supporters relish their willingness to push back against institutional norms, they're doing so for different reasons, Sands said. While Trump is acting out of pure self-interest, Ford remains focused on political gain.

"Ford is defending his voters' values: unlike for many aging baby boomers and Millennial young people, the politics of cannabis are not seen as benign by traditionalist voters who worry about the social cost for the poor and vulnerable," he said.

"Trump is not fighting for his voters, but for himself. His supporters have long ago accepted that these investigations are politically motivated. Trump suggests prosecution for perjury and abuse of office against some of the least popular figures to show he is wise to the game and still committed to fighting back."