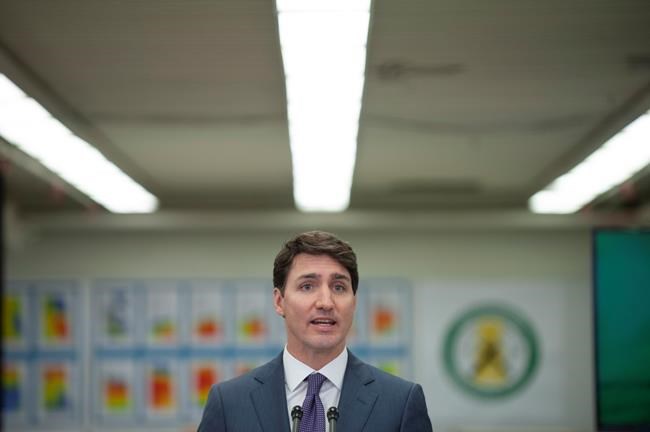 REGINA — Prime Minister Justin Trudeau says Saskatchewan and Ottawa have reached an agreement under which the province will shut down most of its coal-fired power plants by 2030.

Trudeau says it's important to phase out coal as an energy source because of the pollution it creates.

"It's also extremely important that we're supporting the workers and their families who are in that industry now," he said Friday after a separate geothermal announcement. "And the agreement that we've come to with Saskatchewan will allow for exactly that."

The agreement, which was finalized in December, is to be made official once it's signed by the provincial and federal governments after a 60-day public comment period.

Saskatchewan's greenhouse gas emissions from electricity producers will be limited to 175 megatonnes.

The province has also committed to have at least 40 per cent of its electricity generation come from non-emitting energy sources by 2030.

One of its coal-fired power plants — the Boundary Dam facility near Estevan — is being allowed to remain active after 2030 because it is equipped with carbon capture and storage.

Environment Minister Dustin Duncan said the province unsuccessfully argued to keep open its Shand Power Station until its life expectancy is up in 2042. That will result in 12 years of a stranded asset, he said.

"What I think the equivalency agreement will achieve is the ability to look at our fleet on a fleet-wide basis rather than just individual facilities," Duncan told Global News on Thursday.

He said the agreement will allow Saskatchewan's Crown power utility, SaskPower, to better plan for the future.

The province agreed to limit its electricity sector emissions to 33.5 megatonnes this year and not to exceed 64.5 megatonnes between 2025 and 2029.

Duncan said performance credits may be generated at some facilities.

Trudeau also announced on Friday a $25.6 million for a geothermal power facility near Estevan. It said it's the first of its kind in the country.