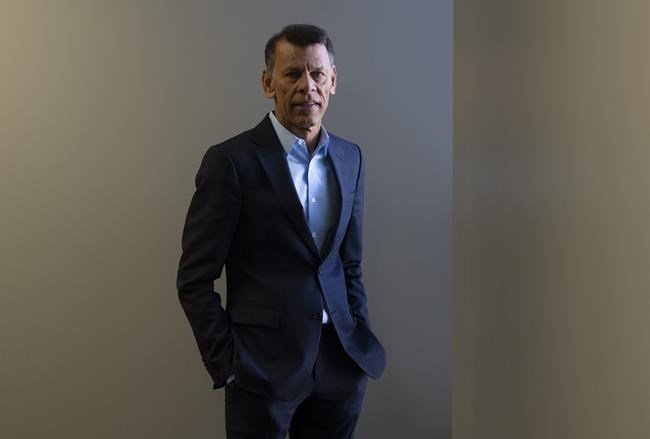 Organized labour is a crucial well of moral and practical support for the New Democrats. Criticism from one of Canada's most prominent labour leaders is a jolt as leader Jagmeet Singh faces a critical byelection in less than two weeks.

Polls put the NDP well behind the Liberals and Conservatives in popular support and the party's recent fundraising has been poor.

In a roundtable interview with The Canadian Press, Yussuff said Singh has acknowledged some of his shortcomings, adding he might find a "better groove" if he wins a seat in the House of Commons.

Singh faces that test this month: securing the riding of Burnaby South in a byelection set for Feb. 25. During the race, Singh has faced internal and external questions about what will happen if he loses. He has insisted he's in the NDP leadership for the long haul, even if he doesn't get that much-desired seat.

Yussuff — who leads what is billed as the largest labour organization in Canada, comprising unions with 3.3 million workers — said the congress values its relationship with the NDP. It was critical to founding the party in 1962 in a merger of the labour movement with the political Co-operative Commonwealth Federation.

He stressed the party must figure out how to manage its relationship with the labour movement and the public.

"I think the party is struggling with two things right now," he said. "The public, they're not resonating — the polls speak to that, it is not just me. And secondly, I think that reflects our own members' connection to the party."

In response to Yussuff, Singh's chief of staff Jennifer Howard issued a statement saying the party is actively engaged with workers across the country and has received lots of support in byelections, including in Burnaby South.

"Just last week, Jagmeet was the only candidate to appear at a debate hosted by the Canadian Union of Postal Workers, and a lot of volunteers signed up to help on his campaign," Howard said.

"As the labour movement has been working to bring pharmacare to Canadians, the NDP has been pressuring the government to implement a universal plan that would lower the costs of prescription drugs for all," she added, emphasizing one of the party's big policy promises.

Mark Hancock, the president of the Canadian Union of Public Employees, said Friday that he was personally out door-knocking with Singh early this month.

"The way Jagmeet carries himself, and the way he's able to connect with individuals, was amazing," he said in an interview on Friday. "The problem that we face, and I think Canadians are having, is they don't really know Jagmeet yet."

Singh will shine when he's in the House of Commons, Hancock added.

His absence from Parliament has been an obvious disadvantage, Yussuff said.

"Fundamentally, if he gets elected on the 25th, he's got to get on to his best footing as quickly as he can because people are going to want to watch him perform ... he doesn't have a lot of time," he said. "The House is going to adjourn (in June before the next election), we have 10 weeks or something by the time he gets into the House, if he's lucky, to define his space and I think that's going to be a huge challenge for him."