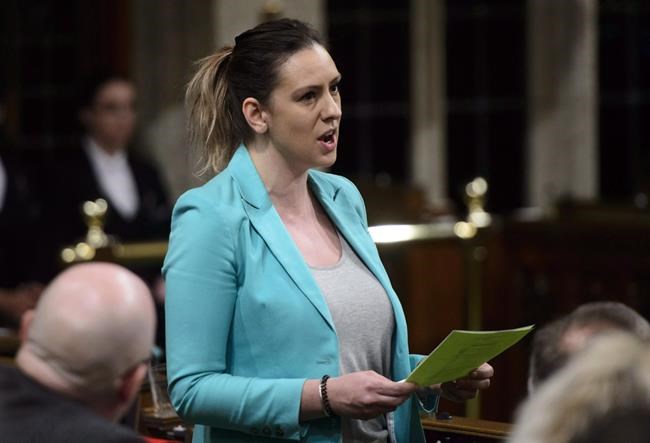 MONTREAL — Quebec New Democrat MP Ruth Ellen Brosseau says she rejected an overture from the Liberals and will run for the NDP in the next general election.

In an interview with Le Nouvelliste newspaper, the MP for Berthier-Maskinonge and NDP House leader said she was recently contacted by the Liberals but there were no serious discussions. She said her political family is the NDP.

Brosseau, 34, was first elected in 2011 when the orange wave swept Quebec, resulting in the election of 59 New Democrats in the province.

An Ottawa bar manager before the election, she won despite the revelation that she had vacationed in Las Vegas during the campaign. Her poor command of French at the time was also questioned.

Brosseau has since earned a reputation as a hard worker, forging ties with people in her riding and improving her French.

In 2015, she was re-elected in Berthier-Maskinonge with more than 42 per cent of the votes, far ahead of the second-place Bloc Quebecois candidate.

"My door was never open, and there were never serious discussions," Brosseau told Le Nouvelliste of the Liberal contact. She did not identify who reached out to her.

"I was approached, but I never even began that reflection. It doesn't interest me. My family is the NDP."