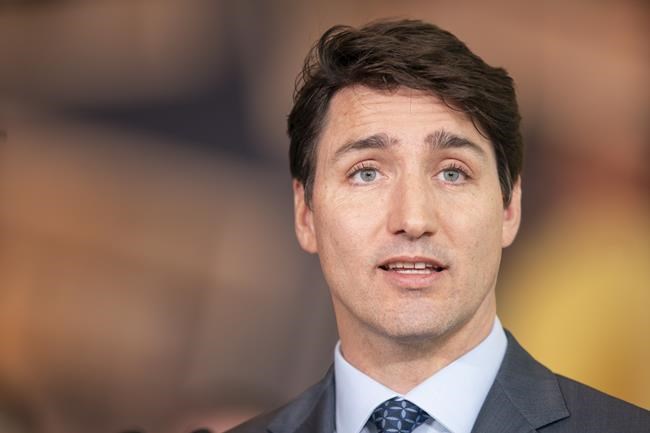 Trudeau says the party has improved its standards and, in his words, "that is not what happens any more."

The Quebec-based engineering firm reached a "compliance agreement" with Canada's elections commissioner in 2016, admitting that executives who'd left the company by then had convinced employees to give money to both the Liberal and Conservative parties.

The agreement was public at the time but a CBC report today reveals the names of the SNC-Lavalin employees the elections commissioner believed were involved.

Reimbursing the donors with company bonuses was a way around an election law that forbids corporations to make political donations.

SNC-Lavalin CEO Neil Bruce said in 2016 that the agreement with the elections commissioner was evidence that the company had turned over a new leaf.

So has the Liberal party, Trudeau said Tuesday before the government's weekly cabinet meeting.

"When we came to power and when I became leader of the Liberal party, we made significant changes to the fundraising regime, we have moved forward on transparency and openness, and that is not what happens any more."

The donations covered by the compliance agreement were made between 2004 and 2011; Trudeau became Liberal leader in 2013.

The Liberals' relationship with SNC-Lavalin has dogged Trudeau for months. Former justice minister and attorney general Jody Wilson-Raybould has said Trudeau and his staff pressured her improperly to arrange a deal much like a compliance agreement, to help the company avoid a criminal prosecution related to its allegedly corrupt practices in Libya.

Trudeau has denied any impropriety, putting the whole thing down to miscommunications and misunderstandings. Nevertheless, it's led to the departures of Wilson-Raybould and fellow minister Jane Philpott from cabinet and the Liberal caucus, the resignation of Trudeau's principal secretary Gerald Butts, and the early retirement of Michael Wernick, formerly Canada's top civil servant.