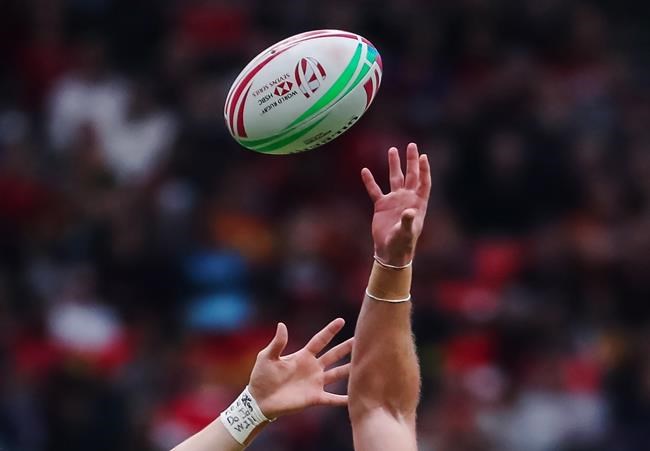 HALIFAX — The status of high school rugby in Nova Scotia remains murky, despite a call by the province's education minister to reinstate the sport.

Zach Churchill told the province's school athletics authority to allow rugby to resume, after it was abruptly cancelled across the province without warning over safety and liability concerns last week.

The minister's move followed a backlash from players, politicians and Rugby Canada.

The Education Department said Churchill would not be available for comment Monday, but it issued a statement on his behalf repeating that the department had not been aware of the plan to cancel the current rugby season.

"We want to work with the Nova Scotia School Athletic Federation to look at safety of all school sports. We have a meeting with the NSSAF Board of Directors tomorrow (Tuesday) to discuss a path forward in the best interest of our students."

Churchill's comments came after the release of a pair of memos on Sunday by the federation.

Obtained by Global News, they said Friday's reinstatement call by Churchill "has not resolved the issue."

One of the memos issued by Stephen MacNeil, chair of the board of governors for the federation, appeared to dispute Churchill's initial statement on the matter issued Friday.

Churchill said the federation had contravened a governing funding agreement with the province and its decision to ban the sport came without appropriate consultation.

But MacNeil said in one of the memos that his organization met with deputy minister Cathy Montreuil on March 29 to discuss any issues that could potentially come from the decision and "she offered no objections."

"The justification for the (government) decision was that the NSSAF breached the funding agreement with the department because the department was not informed of the proposed changes," MacNeil wrote.

"The NSSAF Board of Governors disagrees that the funding agreement was breached."

The Education Department said later Monday that one staff person attended the board's meeting last week, but in a non-voting capacity.

It said the federation issued its directive to schools on the same day with "no heads up to the department, no consultation with school communities."

"The NSSAF raised the stats around rugby with the deputy in March with no indication that rugby would be cancelled in the middle of the season, and certainly, not cancelled on May 2 at noon," the department said.

Meanwhile, Rugby Nova Scotia said it is aware of the federation's memos.

"At this time we are working with the government of Nova Scotia on next steps toward expedient reinstatement," the organization said in a statement on Twitter.

"Rugby Nova Scotia, Rugby Canada, and World Rugby are committed to working with all parties to further review the data and discuss how rugby can continue to be safely played in Nova Scotia high schools."