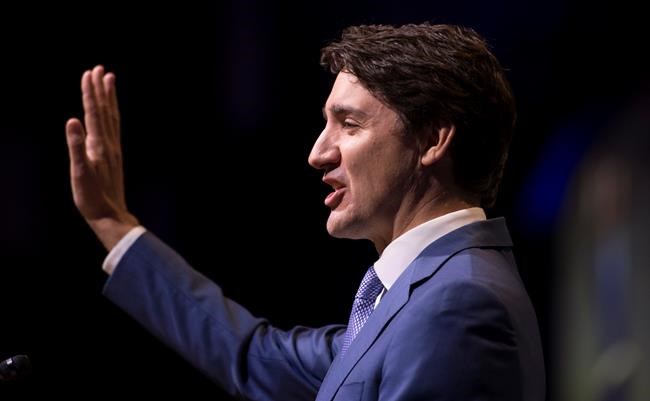 Trudeau says Canadians are seeing the impact of climate change with an increase in wildfires in Western Canada, recent tornadoes in Ottawa and flooding across the country this spring.

He says weather disasters are extremely expensive for Canadians, governments and the economy.

That's why he says the federal government is moving forward with a carbon tax despite push back from conservative politicians.

His comments counter those made by Alberta Premier Jason Kenney, who has said forest fires have always happened and a carbon tax won't change that.

Trudeau says the carbon tax allows the federal government to protect land and oceans, invest in renewable resources and transition toward a cleaner economy.

"We know that the extreme weather events coming are unaffordable for Canadians and for our society," Trudeau said at an event in Vancouver.

"That's why we need to act. We need to act in a way that puts more money in the pockets of Canadians and that's exactly what we're doing with the climate incentive, with the support we're giving to families."