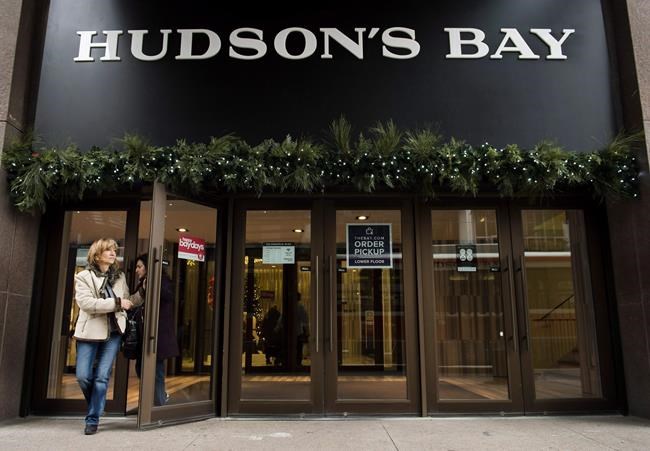 TORONTO — The Ontario Teachers' Pension Plan has terminated an agreement to sell its 10 per cent stake in Hudson's Bay Co. to a private entity controlled by the retailer's executive chairman, Richard Baker.

The announcement, by one of Baker's private companies, came after HBC's publicly traded shares rose above what Teachers was to get under the Jan. 3 agreement.

The pension fund manager had agreed to sell nearly 18 million shares for $9.45 each to an entity controlled by Baker, who is also an HBC shareholder as well as its executive chairman.

That price was a benchmark for a June 10 going-private offer of $9.45 per share from Baker and other continuing shareholders of the company as HBC announced the pending sale of its German assets for $1.5 billion.

Ontario Teachers declined to comment Tuesday but it now appears to be part of the minority shareholder group that will decide whether to accept the Baker-led buyout offer to take HBC private.

One condition of the going-private offer is that it receives approval from a majority of the minority shareholders.

"We believe it is highly unlikely that a majority of the minority shareholders will approve the transaction, given the substantial undervaluation the offer represents . . . " wrote Land and Buildings founder Jonathan Litt in an open letter.

Litt called for a committee of independent HBC directors, who will evaluate the going-private offer and make a recommendation to minority shareholders, to explore other potential transactions.

Litt also asks the committee to have the value of HBC's real estate and retail banners evaluated by a independent investment bank without relationships with the buyout group.

HBC said some of the proceeds of the asset sale would be used to fully repay a $435 million term loan but Litt says in his letter that the continuing shareholders could change that plan after they got full control of the public company.

Companies in this story: (TSX:HBC)