Why tearing up the Beer Store deal is good for business 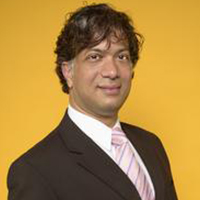 Bill 115 has been passed by the Ontario legislature, and with it, the current government has embarked on the path of a truly competitive retail alcohol market in the province.

With respect to beer, this reform should lead to availability at more grocery stores with enhanced choice in pack sizes. Convenience stores will also be able to sell beer, as is the case in Quebec. Retailers should also be able to price compete with one another.

The former government promised much, but refrained from making significant changes when it permitted beer and wine sales in select grocery stores four years ago. Much of the retail distribution system remained untouched in the Master Framework Agreement (MFA) it negotiated with the major brewers – Anheuser-Busch InBev, headquartered in Belgium, Molson Coors, in Denver, Colo., and Sapporo of Tokyo – that would remain until 2025.

The Beer Store (owned by the major brewers) remained the only choice for expansive selection and pack sizes larger than six cans/bottles. The agreement was truly a ‘masterful’ contract for the brewers, who retained their control over distribution in exchange for agreeing to sales in a limited number of grocery story and admitting some craft breweries into the ownership structure.

Consumers were the major losers. In a C.D. Howe Institute paper at the time, co-authored with Paul Masson, we found that retail prices net of taxes and fees for some major brands sold in large packs were lower in Quebec – where beer is available at big box retailers, grocery and convenience stores. We also found that brewers were able to reap additional profits in Ontario compared to what would have occurred in a competitive retail market similar to that in Quebec.

Another result was that provinces with deregulated retail access actually enjoyed higher per capita government revenue. In a separate paper, I found that provinces that allow competition in retail alcohol do not experience worse outcomes in terms of traffic injuries and fatalities or property crime, relative to provinces with regulated access. Opening the retail market should lead to expanded opportunities for craft breweries, resulting in growth, jobs, and more choice for consumers.

In summary, there is no doubt that the benefits of deregulated access to beer outweigh the disadvantages. The U.S. Chamber of Commerce has criticized the current government’s decision to rescind the MFA through legislation. The argument is that this approach will result in a chilling effect on private-sector investment in the province as businesses lose faith in the stability of contracts with government.

This concern is misplaced. There is simply no rational justification for giving major brewers a government-mandated quasi-monopoly in retail distribution. Perpetuating the Beer Store’s retail dominance is a clear manifestation of regulatory capture, whereby large corporations with vast resources succeed in ensuring a favorable outcome through intense lobbying.

The current MFA is an inefficient contract that preserves the retail market power of the large brewers with no societal gain. Contracts are legally protected in order to encourage and protect investment by economic agents, which results in mutually beneficial transactions.

The current MFA results in transfers of resources to the major brewers at the expense of smaller stakeholders. By cancelling the MFA, the current government is sending a clear signal that businesses should not expect such contracts in the future and must compete in open markets without artificial regulatory barriers to competition.

It is difficult to see how such an approach would discourage businesses from investing in the province. I would argue that it should have exactly the opposite effect.

Anindya Sen is a Professor of Economics & Director of the Master of Public Service Program at the University of Waterloo who has done consulting work for the Ontario Convenience Store Association and George Weston Ltd.

To send a comment or leave feedback, email us at blog@cdhowe.org.

The views expressed here are those of the author. The C.D. Howe Institute does not take corporate positions on policy matters.