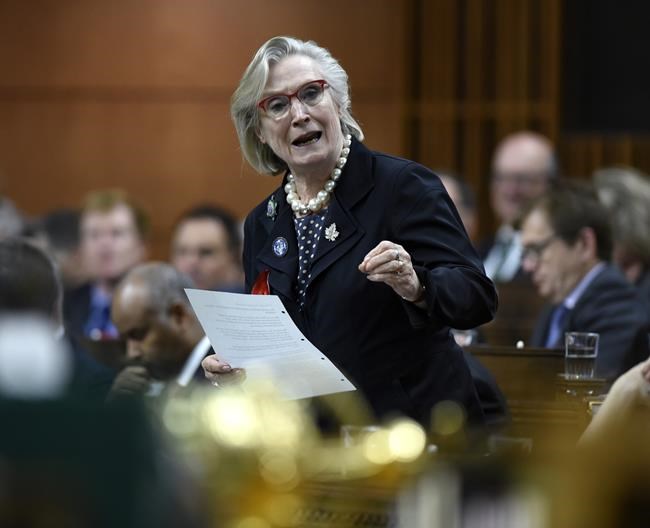 OTTAWA — The Anglican Church's recent apology for doing "spiritual harm" to Indigenous Peoples is a beginning, Crown-Indigenous Relations Minister Carolyn Bennett said Wednesday, but victims of sexual abuse at the hands of one priest in the 1970s and '80s continue to wait for an apology for physical harm they endured from a "man of the cloth."

In an interview, Bennett said several survivors have been clear they want an apology from the church for the legacy of Ralph Rowe, a former priest and Boy Scout leader who abused children during the two decades he spent travelling among remote First Nations communities in northern Ontario.

Bennett and her husband Peter O'Brian —himself a victim of childhood sexual abuse — have spent years trying to raise awareness about the impacts of Rowe's abuse, its long-lived impacts and in some cases, deadly consequences.

In 2015, O'Brian produced a documentary released entitled "Survivors Rowe" about the damage Rowe left behind him.

"Some of his victims, a large number of them will never be the same and a number of them have died — from overdose, from suicide, from all of the harms that come in that direct link from childhood sexual abuse to shame, anger, drugs, alcohol, suicide, violence, incarceration," Bennett said.

She said she will never forget the sobbing in the room when the documentary premiered in Thunder Bay, Ont.

"This was about a man of the cloth that actually had access to all of these boys and was not stopped," Bennett said.

Rowe pleaded guilty in 1994 to 39 counts of indecent assault involving 19 boys. He was sentenced to six years under a plea agreement that ensured he wouldn't serve additional jail time if convicted of other similar offences.

In January 2017, the general secretary of the church issued a statement acknowledging the legacy of Rowe's abuse and saying it was working toward a "formal national apology to the victims of Ralph Rowe and to their communities."

On Friday, the church issued a separate public apology through primate Fred Hiltz, its most senior bishop in Canada, for "cultural and spiritual arrogance" toward all Indigenous Peoples and the harm it inflicted. It describes a number of "sins" of the church including smothering smudges, forbidding pipes, destroying totem poles and banning potlatches, but it does not refer to Rowe.

Hiltz retired, as had been previously announced, days later.

In May 2017, a class action was launched against Rowe, Scouts Canada and the Anglican Synod of the Diocese of Keewatin where Rowe was a priest, seeking $110 million in damages.

"Rowe caused untold damages in these communities, taking advantage of the trust and power given to him as a priest and Scout leader and preying on vulnerable kids," Jonathan Ptak with the law firm Koskie Minsky said at the time.

"Although we anticipate there may be an invitation to offer an apology regarding Ralph Rowe in the near future, we respect the call to not offer an apology until invited to do so," the church said.

Nishnawbe Aski Nation (NAN) Grand Chief Alvin Fiddler said he is hopeful the church, once ready, will be able to offer "tangible and meaningful" support to accompany its apology to all victims and families.

"A valid apology must come with reparations," Fiddler said in a statement.

NAN understands that Bishop Lydia Mamakwa of Kingfisher Lake First Nation has asked the church leadership to hold off on an apology until a recently established local diocese is ready, he added. Mamakwa's diocese now covers northern Ontario since the church broke up the diocese of Keewatin.

"I understand that they want to ensure the process is done in a good way that is respectful of the victims," Fiddler said.

"Ultimately, our concern is for the well-being of the many victims, and we continue to support them with our programming in the meantime."