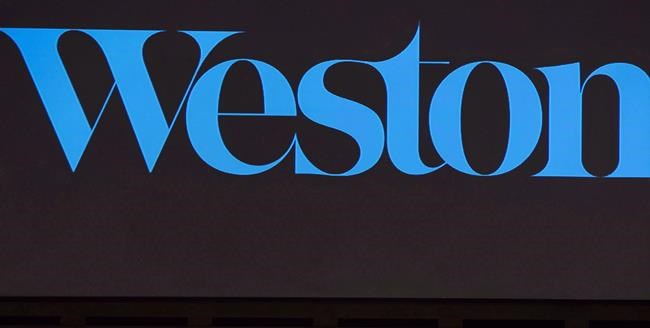 TORONTO — George Weston Ltd.'s second-quarter profit jumped to $184 million, up from $28 million last year, as it benefited from acquiring direct ownership of a controlling stake in Choice Properties from its subsidiary.

The Toronto-based retail, bakery and real estate business reported sales of $11.6 billion for the quarter that ended June 15, mostly from its Loblaw grocery and pharmacy division, where sales were up 3.2 per cent from $11.2 billion a year earlier.

Among the positive items for Weston was $49 million related to its acquisition last year of majority ownership of the Choice Properties real estate trust, which was spun off by Loblaw Companies Ltd. to its shareholders in November.

"Choice Properties delivered solid operating and financial results and further strengthened its balance sheet. And Weston Foods continues to stabilize with results on plan for the quarter," said CEO Galen Weston in a statement.

Results for Choice Properties are in contrast to last year when Weston subsidiary Loblaw reported a $243-million second-quarter loss on the investment before spinning it off last November.

But its adjusted net earnings available to common shareholders were $263 million or $1.70 per share, up from $210 million or $1.63 per share last year and above analyst estimates.

Earlier this week, subsidiary Loblaw reported a profit of $286 million from continuing operations. Revenue at the operation was up three per cent from a year earlier, driven largely by sales growth at its Shoppers Drug Mart stores.

Loblaw has been focused on a multi-year plan to improve efficiency across its infrastructure networks in order to reduce the complexity and costs of doing business. The company booked $16 million in restructuring and related charges in the second quarter, largely due to their process and efficiency initiatives.