B.C. Green Leader Andrew Weaver steps aside, party to elect next leader in 2020 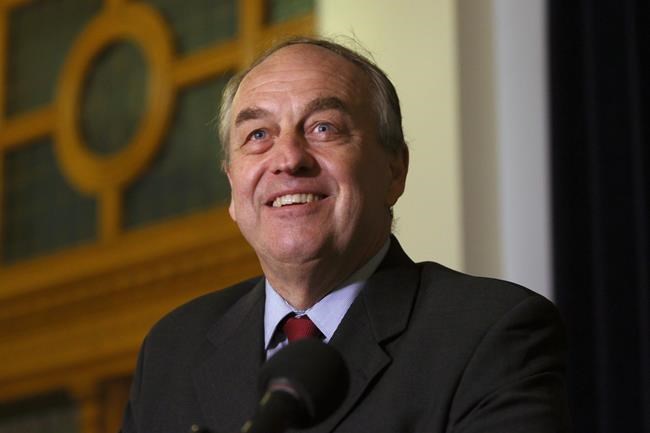 VICTORIA — B.C. Green Leader Andrew Weaver, whose party recorded a historic election breakthrough two years ago, is stepping aside and will not seek re-election in the next provincial election.

Weaver said Monday he made the decision after he took "significant time this summer to reflect with my family on the reasons why I sought elected office as well as why I sought leadership of the B.C. Greens in the first place."

He said the environmental movement is now being led by youth, who will be affected by the impacts of climate change, and watching a younger generation's success influenced his decision.

"Their momentum is growing," said Weaver, 57. "This is also one of the main, if not the main reason, why I believe it is time for the B.C. Greens to elect a new leader. It's time to let another generation take the lead."

He has asked the party to begin the process to elect a new leader, saying he wants the Greens to have his replacement in place before the next election scheduled for the fall of 2021.

The province's minority NDP government remains in power with the support of the Greens, but Weaver's decision will not affect the New Democrats' hold on power because he will remain on the opposition benches of legislature.

The B.C. Liberals have 42 seats in the house, the NDP 41, the Greens three seats and there is one Independent, former Liberal Darryl Plecas, who serves as house Speaker.

Weaver is an internationally recognized climate scientist who was first elected to the legislature in the Victoria-area riding of Oak Bay-Gordon Head in 2013. He became leader of the party in 2015 after he was elected as the first Green in the provincial legislature.

He has been a University of Victoria professor for more than 20 years and has authored or co-authored over 200 peer-reviewed papers. He was a lead author on four scientific assessments by the United Nations' International Panel on Climate Change, the body that shared a Nobel Peace Prize with former U.S. vice-president Al Gore in 2007.

In 2017, Weaver and the Greens made history again when the party won three seats in the house and were courted by the B.C. Liberals and the NDP as they each positioned themselves to form a government.

The Greens eventually decided to support the NDP in an agreement that toppled the Liberals from power after 16 years. The deal included changes to campaign financing and a referendum on electoral reform, which saw a proposal to switch to a system of proportional representation backed by the Greens and New Democrats go down to defeat.

Premier John Horgan said he and Weaver have become friends and forged strong political bonds since the 2017 election.

"I think many of you would have predicted it wouldn't last but I want to say I've enjoyed working with Andrew and we're going to continue working together," he said.

Weaver said the agreement with the NDP shows minority governments can work well and he highlighted their work on the CleanBC economic plan as an example of its success.

"I have long said it is time we reimagined the climate crisis not solely as an environmental problem, but as an incredible opportunity for innovation, creativity, and the advancement of our society," he said.

Weaver reduced his work schedule last month as he recovered from labyrinthitis — an inflammation of the inner ear that can affect balance — after he suddenly had symptoms typical of the condition.

The party said in a statement it expects to elect a new leader during its 2020 convention scheduled for June in Nanaimo, with details on the contest being released in the coming weeks and months.

This report by The Canadian Press was first published Oct. 7, 2019.