Climate activists discard the ‘science’ for the extreme ‘unknown’ 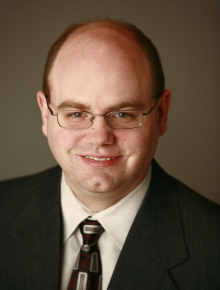 Now that the election’s over, the Trudeau government (perhaps now in closer concert with parties across the aisle) will continue its climate policy program. It’s therefore worth noting the recent tragic death of Harvard economist Martin Weitzman has underscored his work on climate risk assessment, which many climate activists use to argue for more aggressive government policies such as a cap-and-trade program or a carbon tax.

How ironic. Interventionists used to say that only “deniers” dispute the standard modelling results codified in periodic United Nations’ Intergovernmental Panel on Climate Change (IPCC) reports, and anyone who cited uncertainties in our understanding of climate change was compared to flat-earthers.

Yet the elevated treatment of Weitzman’s work shows the tables have turned, and now it’s climate activists who discard standard economic tools and the IPCC’s literature summary, and instead appeal to our uncertainty to promote aggressive greenhouse gas controls.

The IPCC publishes periodic reports that summarize the ostensible consensus of scientific research, to guide policymakers and the public. Back in 2014, I used (what remains) the most recent report to demonstrate that the economic cost of limiting global warming to 2 degrees Celsius would probably exceed the benefits of avoided damage from climate change.

Last fall, William Nordhaus won the Nobel (Memorial) Prize in economics for his pioneering work on climate change. The award was announced the same weekend the UN released its Special Report on limiting global warming to 1.5 °C. Major newspapers covered the two events as if they were compatible, and yet ironically, Nordhaus’ model (as of its 2016 calibration) says the economically “optimal” amount of global warming is 3.5 °C by the year 2100. Indeed, Nordhaus’ framework shows that it would be better for humanity if governments did absolutely nothing to stop climate change, rather than enforce the necessary measures to limit global warming to 1.5 °C.

For another example of the gap between policy goals and the literature, consider the case of Rachel Warren. Even though she’s a lead author on the UN’s 1.5°C Special Report, in 2018 she co-authored a paper that announced in its abstract: “The economic case for limiting warming to 1.5°C is unclear, due to manifold uncertainties. However, it cannot be ruled out that the 1.5°C target passes a cost-benefit test.” Notice that it’s not “settled science” (a favourite term of many interventionists) that the UN’s latest goal makes sense, but instead this particular paper argues that “manifold uncertainties” mean we can’t rule it out.

Which takes us back to Martin Weitzman. In the face of these awkward facts, many climate activists have embraced Weitzman’s work, which can be quite technical. But in a more accessible introduction from one of his papers he wrote “the most striking feature of the economics of climate change is that its extreme downside is non-negligible. Deep structural uncertainty about the unknown unknowns of what might go very wrong is coupled with essentially unlimited downside liability on possible planetary damages” adding that it’s difficult to judge what the extent of “catastrophic climate change might be because it represents events that are very far outside the realm of ordinary experience.”

To translate, besides the open-ended focus on “unknown unknowns,” there are technical problems with Weitzman’s approach. Nordhaus himself (in 2009) noted that Weitzman’s modelling choices would also imply that humanity should spend $10 trillion today, if that spending would eliminate the chance of a killer asteroid wiping out Earth, no matter how unlikely the outcome, even if it had only a one in a quadrillion-quadrillion chance of occurring. To be clear, Nordhaus’ own approach doesn’t ignore unlikely but catastrophic events; he simply handles them in the standard way economists for decades have modelled risky outcomes. It is Weitzman who suggested a novel way to handle climate change, and one that would lead to absurd recommendations in comparable scenarios.

Finally, as commentary on the work of Weitzman implicitly admits, the tables have turned in the climate change policy debate. It’s no longer the unscientific “deniers” who sow doubt by discussing the uncertainties in our models of global warming. It’s now those pushing aggressive targets—which include the UN’s goal of 1.5°C—who want to throw out the standard peer-reviewed (and Nobel-winning) work and focus on the “unknown unknowns” of the issue.

Robert P. Murphy is a senior fellow at the Fraser Institute