‘Happy to be back:’ Relieved son of Russian spies returns to Canada 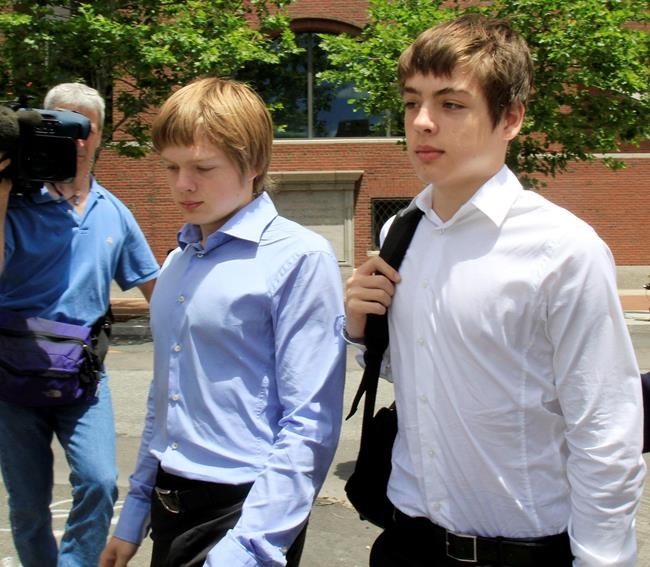 TORONTO — A much-relieved son of Russian spies flew back from Moscow to his Toronto birthplace on Friday, a day after the Supreme Court of Canada affirmed his Canadian citizenship.

The court decision and flight marked an end to a long-running ordeal for Alexander Vavilov and his brother Timothy that began nine years ago when his parents were arrested in the United States and indicted on espionage-related charges.

"It's been difficult, a lot of anguish and stress," Vavilov said shortly after his arrival. "I'm happy to be back in Canada, to be here without this constant kind of doubt over my head, with the ability to finally start putting some roots down again and be able to build a new life for myself."

He brandished his Canadian passport and grinned as he said, "I get to keep it."

Vavilov, 25, and his brother, 29, were born in Canada to parents who used the aliases Donald Howard Heathfield and Tracey Lee Ann Foley. The family moved to the United States and, after their arrest, admitted to being Andrey Bezrukov and Elena Vavilova. The family was sent back to Moscow as part of a swap for prisoners in Russia, a place Vavilov had never been.

The revelations and move came as a shock, sparking a period of soul-searching for the young man. Despite the suffering inflicted on him, he said he has come to accept that his parents thought they were doing the right thing.

"Of course it was always difficult at the very beginning, going through all this identity crisis and troubles, but we managed to get past all this and we have kind of a good relationship," he said. "I understand their decisions now. They did what they did for patriotic reasons."

Vavilov's problems were compounded when Canadian immigration officials decided in August 2014 he was no longer a citizen on the grounds that his parents had been employees of a foreign government when he was born.

In June 2017, the courts quashed the decision, allowing Vavilov to renew his Canadian passport. His brother's case proceeded separately through the courts but in a decision last year, the Federal Court said the legal ruling on Alexander Vavilov would apply to both siblings.

The dual Canadian-Russian citizen said he had been "bouncing around" among several different countries in recent years, completing his graduate education in Europe. Now, he said, he hopes to settle down in Canada and find work in the field of finance, although he wouldn't elaborate. He also said he looked forward to ordering junk food in English.

"I grew up my entire childhood being Canadian, believing I was Canadian — it's really an integral part of my upbringing and my character," he said. "I do feel Canadian. I want a future in Canada."

Vavilov, who declined to comment on living in Russia under President Vladimir Putin, said he had seen the "The Americans," a TV series based on his family's saga. He said it was "odd" watching what he called a good show.

"On one hand, you can relate to some things, and on the other hand it's Hollywood with murder and shooting — completely unrealistic," he said.

He flatly rejected any suggestions that he might have secret loyalties to Russia as politically motivated innuendo that is simply wrong.

This report by The Canadian Press was first published Dec. 20, 2019.