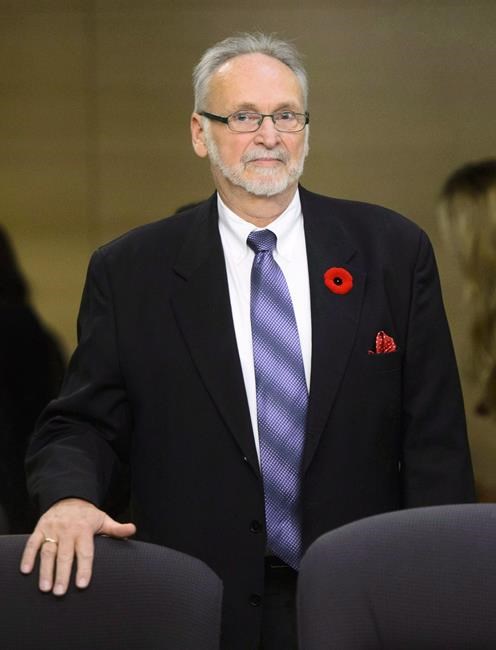 OTTAWA — Canada's broadcast and telecom regulator says it's inevitable that foreign media companies streaming content into Canada, including Netflix and Amazon, will have to make an "equitable" contribution to the production of Canadian content.

But the chairman of the Canadian Radio-television and Telecommunications Commission says it's not as simple as making those companies pay what has often been referred to as a "Netflix tax."

Ian Scott says some companies such as Netflix are already paying more to generate content in Canada than many consumers might think.

Scott made the comments in an interview with The Canadian Press as an independent expert panel is set to release a comprehensive report this month detailing the changes that are need to bring the Broadcast Act and Telecommunications Act into the new century.

Until about a year ago, Prime Minister Justin Trudeau and his then-minister of heritage were dismissing the notion of taxing international streaming companies.

But during the fall election campaign, Trudeau was joined by all the major opposition leaders in agreeing that international tech giants need to contribute to Canada's economy.

"Companies who are extracting a profit, they are participating in the Canadian market and deriving revenues, should be contributing," Scott said while being interviewed in his CRTC office in Gatineau, Que.

"That includes Netflix and all of the others in that situation," he said.

"The manner that they contribute is what's at issue."

Companies such as Bell Media and other so-called traditional broadcasters are required to pay into the Canadian Media Fund to help finance production of Canadian content.

Netflix has argued it should not have to pay into such a fund because it can't draw on it. Instead, it has committed — without being required to do so under current regulations — to spending on the production of movies and other content in Canada.

The U.S.-based company has pledged to spend at least half a billion dollars over five years to fund original Canadian productions.

As a result, Netflix is "probably the single largest contributor to the (Canadian) production sector today," said Scott.

"They are filling up production facilities across the country," he said. "So is Amazon, so is Disney."

European countries have enacted legislation to force streaming services to pay for original domestic content. In France, Netflix pays a set tax on its revenue from French subscriptions.

In the case of YouTube, which provides content produced by its users, a tax is applied to its ad revenue.

The Liberals revealed during the election campaign a plan to impose a three per cent tax on multinational tech giants operating in Canada, worth an estimated $2.5 billion over four years. The tax, they said, would be applied to the sales of online advertising or any profits generated through Canadian user data.

The CRTC is also hoping the review will recommend it be granted new enforcement powers and more flexibility in dealing with broadcasters that fail to comply with regulations.

Currently, the regulator has the power to take away a broadcaster's license. But unlike in the telecom sector, it is unable to impose monetary penalties for what are considered lesser administrative infractions.

"You speed, we can stop you, pull you over and say, 'You were speeding, here's your ticket, you have to pay.' We don't have to take away your car, we don't have to put you in jail," Scott said of current telecom regulations.

"On the broadcasting side, all we can do is take away licenses," he noted.

"That's draconian. That's putting you in jail and taking away your car."

This report by The Canadian Press was first published Jan. 8, 2020.