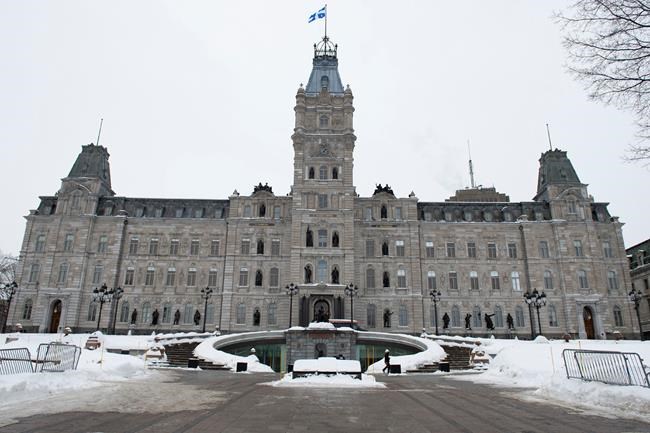 MONTREAL — Quebec's hydro utility, the city of Montreal and McGill University are among the public bodies in the province that employ the most people earning six-figure salaries, according to a study published Tuesday by the Canadian Taxpayers Federation.

But the data is incomplete, the federation's Quebec director, Renaud Brossard, said. Unlike provinces such as Ontario and Alberta, Quebec does not publish an official list of its highest-earning bureaucrats. And Brossard said hundreds of government-funded bodies in the province refused to give up the info.

He said some departments simply didn't respond to his group's requests — a violation of Quebec's access to information law. "Others said they didn't have the documents .... I find that a little stunning, because these are documents that you can get from payroll relatively easily."

Brossard said his group used the province's access to information law to seek information from more than 2,000 government-funded bodies at the provincial and municipal level. And 450 of them refused to fully comply with his group's access requests, leaving 1,688 organizations from which the federation could collect data, he said.

With 6,796 employees earning more than $100,000 year, Hydro-Quebec tops the federation's Quebec "sunshine list" — a term used informally across the country to describe these kinds of government disclosures. The utility also employs the highest-earning public official, according to the data.

That employee is Hydro-Quebec president and CEO Eric Martel, whose annual base salary — just below $560,000 — had already been publicly available. Not so for the thousands of other employees listed in the data, whose names and positions were missing among the information provided by the various government-funded bodies.

All that was available from the City of Montreal, for instance, was that 5,700 of its employees earn six-figure salaries. The highest salary among them was about $321,000, and the total cost to the city's taxpayers for Montreal's highest earners was more than $686 million.

Brossard called 43,469 an "enormous" number but said Quebec's public bodies didn't provide enough information to put the data in context. "But that doesn't mean within the 43,469 there aren't those who don't deserve salaries like that."

It's also difficult to get an accurate percentage of the public-sector employees earning six-figure salaries within the total public sector workforce. The provincial government alone had the equivalent of roughly 510,095 full-time employees listed in 2019 budget documents.

In Ontario, by contrast, the provincial government publishes its sunshine list annually, with detailed data describing the name, position, and salary of all public sector employees earning $100,000 or more. More than 150,000 people in Ontario in 2018 made the list.

The data reveals Ontario Power Generation CEO Jeff Lyash was the 2018 highest-paid government employee, earning $1,746,824 in salary. He has since stepped down from that job.

Three other provinces, Alberta, Saskatchewan and Manitoba, publish official sunshine lists, according to the federation.

Brossard said its time for Quebec to join this group.

Premier Francois Legault had little to say about the federation's sunshine list when asked Tuesday. "It reflects the market," he said of the salaries. Asked whether the government is prepared to publish its own sunshine list, Legault's office directed a reporter to a government web site with general statistics about the civil service and pay ranges but nowhere near the detail provided in Ontario's list.

Brossard dismissed the idea that citizens aren't well-placed to interpret whether or not a bureaucrat's salary is too high.

"There is a certain infantilization of taxpayers," he said, "that these people aren't apt to judge the spending of their governments."

But it's citizens who put their governments into place and they can also judge whether or not public bodies are spending taxpayers money judiciously, Brossard said. "The important thing for us, is to make this information available," he said.

This report by The Canadian Press was first published on Feb. 4, 2020.