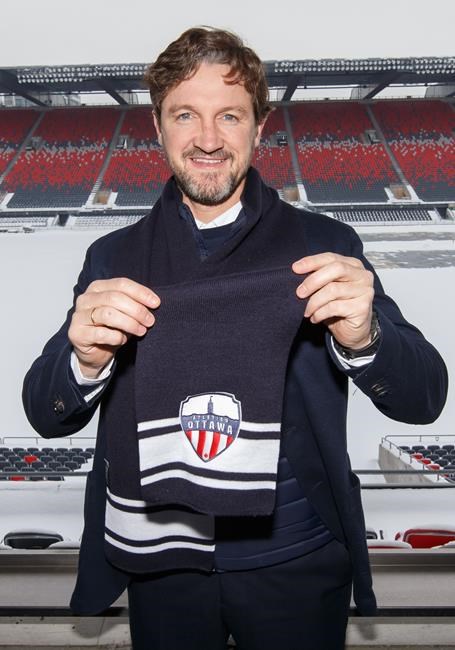 Club Atletico de Madrid, a Spanish soccer giant, is the team's owner. Madrid's Fernando Lopez will oversee operations for Atletico Ottawa, which will share TD Place with the Redblacks.

Having Club Atletico de Madrid running the show makes this version of pro soccer in the capital different, Hunt said. The Ottawa Fury were the most recent soccer team to come and go in the city, suspending operations late last year after a six-year run.

"It's instant credibility," Hunt said of Madrid. "When you start a new expansion franchise in any league, and this is my third (he also was involved with the Fury at the start), you're trying to create a brand from scratch. You're really starting from ground zero and to be catapulted immediately to the top soccer brands in the world … we're leveraging that enormous credibility that they have.

"To be under the wing and the resources they have, we instantly have a scouting department of 80 people. I could go on and on about the advantages and resources they have. It's something I have never seen a precedent for. I don't know of any other league where you had something like this happen."

The club will have a former Toronto FC player as head coach.

Miguel Angel Ferrer, a former forward who played as Mista, will be in charge of the Atletico Ottawa on-field product.

"For me, it's a very important opportunity that Atletico Madrid gave to me as a coach," said Ferrer, speaking through an interpreter. "I was here in Canada before working and playing in the MLS with Toronto FC and I'm really excited to be part of this and contribute and help this team in the CPL."

Hunt envisions sellout crowds and championship titles for the club. While he knows some might think he is overly optimistic, he recalled that many said the same thing of the 67's, who became a national powerhouse under Hunt's watch.

CPL commissioner David Clanachan said from the time the league was formed, the goal was to have a club in Ottawa.

"This for me is a momentous day and one I will never forget," he said.

The next step is to add players.

"All that we know is we're going to build a very competitive team to reach the highest and lead Atletico Ottawa to the top of the classification," said Ferrer. "We will be working on the squad in the coming weeks."

The season runs from late April to October. Each team plays 28 games.

This report by The Canadian Press was first published Feb. 11, 2020.