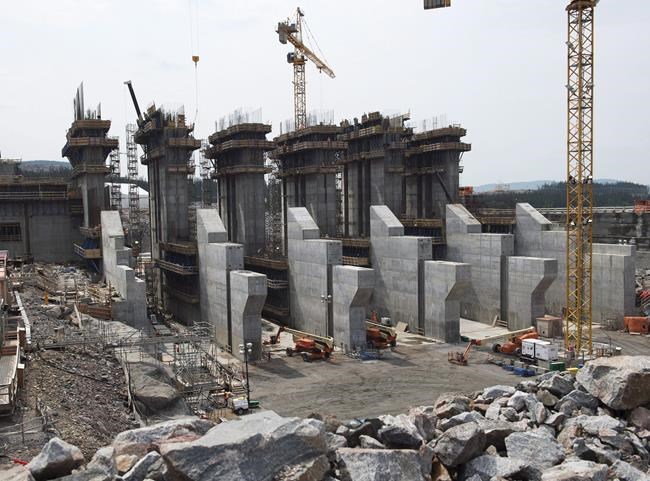 Canada appears poised to rack up a climate-change win, says a recent government report submitted to the United Nations.

The federal report filed last month says Canada is on track to meet one of its crucial climate-change commitments — generating at least 90 per cent of non-industrial electricity from emissions-free sources by 2030.

"Yes, it's good news," said David Sawyer of the Smart Prosperity Institute, a University of Ottawa research and policy institute.

"It shows the provinces and federal government have been doing a lot and they've somehow managed to do more than we thought they could do."

The report projects that by 2030, about 536 terrawatts of electricity will come from hydro, nuclear and renewable generation. It predicts only 55 terrawatts will be produced from fossil fuels.

That doesn't include power generated by industry for its own use. About 44 per cent of that is expected to come from non-emitting sources, but the total amount generated is much smaller.

The assessment is based on policies already in place and at least partly implemented. If projections come to pass, it will mean releases from power utilities — one of Canada's major emissions sources — will have declined by 80 per cent since 2005.

"We've knocked almost 100 megatonnes off our target," Sawyer said. "It's a very significant reduction since 2005."

As late as last year, Canada was expected to reach 85 per cent emissions-free utility generation — another in a list of expected shortfalls in the country's international commitments.

Sawyer attributes most of the extra cuts to better hydro connections between provinces and new federal rules that assign carbon costs to natural gas.

"That's the reason we're on track," he said.

The projected success proves that effective climate change legislation can combine regulations and carbon taxes, Sawyer said. Regulations forced the closure of coal-fired generation, but taxes made the final push.

"This argument either/or, regulation or carbon tax, is not really the way governments are doing regulation," Sawyer said. "We need both and we are using both."

Overall, Canada will still have a long way to go.

Current policies are expected to drive the country's emissions down to 673 megatonnes by 2030. The target is 511 megatonnes.

The report to the UN promises further climate change measures such as a clean fuel standard that is aimed at getting Canada to within 77 megatonnes of its goal. But the document offers no firm answers on closing that final gap.

Canada has committed to reduce greenhouse gas emissions by 30 per cent below 2005 levels by 2030 and has promised to be carbon neutral by 2050.

This report by The Canadian Press was first published Feb. 13, 2020