Canada’s airports working to maintain operations during this critical time 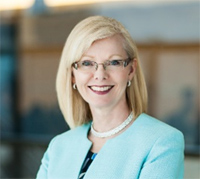 As community partners, Canada’s airports are on the frontlines in the battle against COVID-19.  Our teams are working with airlines and the government agencies managing the health crisis and Canada’s border to bring people home while adding measures to help stop the virus from spreading further. We owe our workers and colleagues a debt of gratitude for their dedication to keeping our travellers safe.

With the sudden decline in passenger volumes and revenues, Canada’s airports, like our airline partners, are facing the grim reality of an immediate and dangerous cash flow shortfall. Despite the catastrophic financial impacts, airports must continue to pay fixed costs to maintain safe, secure operations and facilitate safe passage for Canadians. In fact, increased protocols aimed at controlling the spread of COVID-19 have added costs.

Even though passenger traffic is slowing, maintaining air connections is essential for continued domestic and international business and trade. We are already seeing signs that airlines are pivoting from passenger to cargo flights, including time-sensitive freight such as medical supplies.   We expect this trend to continue and will see businesses and consumers increase their reliance on air delivery services, not only in major centres, but in virtually every community in our country.

Airports play an essential role in the lives of Canadians. They are significant economic generators, employing 194,000 direct workers and contributing about $7 billion in taxes to local, provincial and federal levels of government.  They also enable foreign direct investment, international trade, and support our country’s $90 billion travel and tourism sector, which employs some 1.7 million Canadians.

Supported by a growing number of Canadian communities and business groups, Canada’s airports are requesting that the Government of Canada take immediate action to address airport viability, including:

We appreciate the tremendous efforts the Government of Canada and provincial governments have taken to manage this global crisis in a timely and proactive way.  We are on the right track but for the sake of our travellers, communities and the economy, the federal government must move quickly to introduce economic measures to help guarantee the long-term viability and resiliency of Canada’s airports.

Joyce Carter is the chair of the Canadian Airports Council, the national trade association representing 53 Canadian airports.  She is also president and CEO of Halifax International Airport Authority.