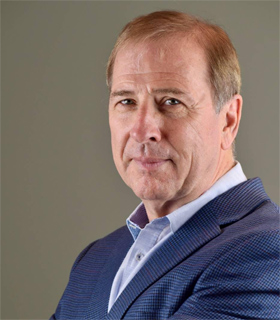 Like many westerners, Alberta Premier Jason Kenney believes that Confederation has treated his province unfairly. He is determined to do something about it, starting with a province-wide referendum on Equalization in 2021. The rest of Canada should take note – especially, Ottawa.

This comes at a critical time. Western alienation may have been around since the days of John A Macdonald, but the levels of discontent have never been higher. An Ipsos poll last November reports that six-in-ten Canadians (59%), including a majority in all regions, felt the country was more divided than ever. One-third (33%) of Albertans and slightly more than one-quarter (27%) of Saskatchewan residents said that their province would be better off separating from Canada.

While the COVID-19 crisis has eased these tensions, most agree that this is temporary and that, once the pandemic recedes, the tensions will resurface.

Kenney’s Fair Deal Panel is a wildcard here. After listening to Albertans for several months, it has delivered 25 recommendations that call fora lot more autonomy from Canada. However, while Kenney seems determined to act, he also insists that this is about fairness. The goal is to right the wrongs of the past and, hopefully, put the relationship with Ottawa on a new footing.

I agree that this is the right way to frame the issue, but I want to raise three basic points about fairness that everyone – including Kenney – should keep in mind as the process unfolds.

Although Kenney insists that Alberta only wants fairness, he sometimes takes a different view. For example, only 42 per cent of Albertans polled by the Panel thought that the province should pull out of the Canada Pension Plan. A mere 35 per cent supported creating a provincial police force. Yet both are key recommendations in the report. Why?

At a press conference, the Panel’s Chair, Oryssia Lennie, responded by noting that the Panel had also heard from experts and interest groups. Presumably, the ideas came from them. Kenney went further, explaining that his government will study the recommendations to see if they result in a “net benefit” to Albertans. If so, he concluded, they too will be put to a referendum.

Some may wonder what this has to do with fairness. Kenney seems to be saying that Albertans’ interest in pan-Canadian programs like the CPP or the RCMP can be calculated in dollars and cents. If so, the discussion between Albertans and the rest of Canada is not about, say, shared identity, history, values, or goals, it is essentially about the bottom line.

This puts things in a different light. Now the Fair Deal process looks more like a way to strengthen Kenney’s bargaining position and rally his troops before he sits down with Ottawa. (Interestingly, Kenney concluded with a comment that he has long-believed that Alberta should “take a page out of Quebec’s playbook” to maximizes its “leverage” within the federation.)

To be fair, there are good reasons for Kenney to want it both ways. He may believe that the process is about fairness, yet also believe that any future discussions with Ottawa will be very tough and that Albertans need a shrewd negotiator at the table. So, if he is posturing here, maybe he thinks he has no real alternative.

Except, the net-benefit view not only competes with the fairness view, it undermines it. For Alberta and the rest of Canada to find common ground, both sides must be willing to take a fair look at each other’s concerns and claims. This requires openness, goodwill, and trust.

The self-interest view suggests that for Kenney the process is about maneuvering to get the best deal possible for Alberta. Rather than building trust, this is more likely to fuel further demands from Albertans and create suspicion in the rest of Canada.

Indeed, within days of the press conference, one of Kenney’s own caucus members was arguing that Alberta should be using separation as a threat. Kenney felt obliged to publicly shout him down, replying that “Either you love your country, or you don’t.”

Although tens of thousands of Albertans participated in the Fair Deal process, it was never designed to get Albertans listening to one another – let alone other Canadians – or deliberating over new ideas. On the contrary, the Panel’s Terms of Reference framed the process as an enquiry into how Albertans have been unfairly treated.

This has consequences for the report. It speaks almost exclusively from an Alberta perspective – and the view is decidedly bleak. The Panel reports (page 50) that people across the province talked about “losing their voices, losing their stories, losing their identities. Indeed, Alberta’s story is increasingly being told, and often inaccurately, by others.”

While no one is challenging Albertans right to tell their story, a significant part of it, one assumes, is about being a part of Canada and being Canadian. Yet, there is almost no mention of this aspect of their identity, the benefits, or their reasons for wanting to remain in Confederation.

A process that is seeking to restore fairness should examine the relationship from both sides; it should look for shared understandings, as well as grievances. This leads to our third point about fairness.

Kenny’s fair deal approach should be seen in this light. Alienation is about more than harmful national policies. It is also about the impact of those policies on people’s identity. As Lisa Young observes, Alberta’s regional identity is largely defined by grievance.

Could a fair solution change this? Perhaps. It could aim to create a counter-current in the culture, a counter-narrative that tells a new story about who Albertans are and their relationship to the rest of Canada.

Practically, this means the coming discussions would include more than intergovernmental negotiations about power and autonomy. The process should also engage citizens in the task of redefining their identity through a shared narrative.

A shared narrative is a story that people with conflicting narratives create together through dialogue and discussion. Neither side can build it alone. The work, like the story, must be shared by citizens on both sides of the border.

The two sides would engage in a conversation aimed, first, at showing each other that they are still listening – that they are able to discuss the issues that matter and explore ideas for a shared vision of the future.

Second, they would tell their stories about Confederation: what they think is important and beneficial, how the members’ interests differ, and how they can be accommodated.

In effect, both sides would be saying something about how they see themselves, as Canadians and as regional members of the federation. They would be learning about one another’s views and experiences and finding points of contact.

Participants would have to agree to stand back and try to see the bigger picture, rather than just their respective parts of it. This builds bridges and creates common ground. Special techniques could be used to align different stories in ways that both sides might recognize and accept.

In sum, the lesson here is that Kenney’s fairness option needs to tell a new story about Alberta. This story is not just for Albertans, it is for all Canadians. Both sides need it to help them imagine what a shared future might include and to make them feel that they have reasons to remain together.

Building such a story would be challenging, but not impossible. Expectations should be modest. The issues can’t be solved overnight, but they don’t have to be. Culture change takes time. Just getting people on both sides to start thinking and talking a little differently would be enough for now.

It would start building openness, understanding, and trust across the country. That would help ensure that Canadians inside and outside of Alberta are receptive to the idea of change.

Such a process need not be unwieldy or hugely expensive. Residents might gather in local venues, such as churches and community centres, and use online forums to connect with people in other parts of the country.

Finally, such a process would create a larger, public conversation around the intergovernmental discussions that will be underway – one that engages citizens from both sides, and which could help set some parameters around what everyone thinks is reasonable and fair. Without some progress on this front, a lasting solution will be hard to find.

Western alienation is as old as the provinces afflicted by it, but something new seems to be happening. The depth of the discontent is not only concerning, it could threaten the federation. Kenney’s claim that Albertans just want a fair deal is the right response. But if he wants Ottawa and the rest of Canada to listen, he needs to build credibility around that claim. These three observations would help lay the path.

JOIN OUR LIVE DEBATE: The Institute on Governance will host Don Lenihan and Lisa Young, Professor of Political Science at the University of Calgary, to debate these issues live online on Monday, June 29th from 9:30 to 11:00 am EST. Registration is free at: https://iog.ca/events/dialogue-debate-western-alienation/